Ace High Could Take On Winx In George Main 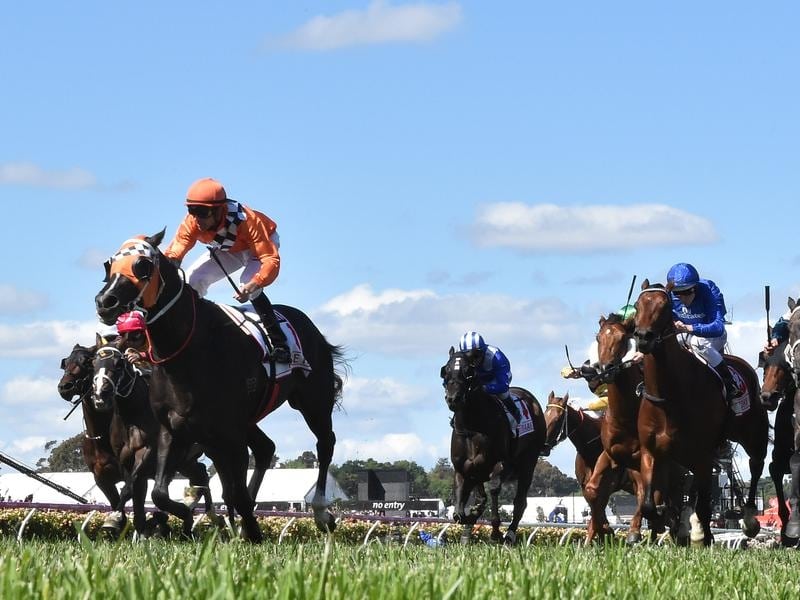 Trainer David Payne will discuss options for Melbourne Cup-bound Ace High with owner John Cordina before committing the four-year-old to a start against Winx in the George Main Stakes.

Ace High has also been entered in the Group Three Kingston Town Stakes (2000m) which is run at set weights and penalties.

“I still don’t know where we are going,” Payne said.

“I think he is ready for 2000 metres. I will discuss it with John over the next couple of days.”

If the 2017 Victoria Derby winner runs in the George Main he will be ridden by Jason Collett with regular partner Tye Angland taking another ride believing Ace High would be going to the Kingston Town following his second in the Chelmsford Stakes (1600m) last Saturday week.

There were 22 nominations taken on Monday for the George Main, 15 from the Chris Waller stable including Winx.

He had also entered triple Group One winner Le Romain for Friday’s Cameron Handicap at Newcastle and the Bill Ritchie Handicap at Randwick on Saturday.

But with Le Romain given 63kg for the Cameron on his home track and 61kg in the Bill Ritchie, the gelding is likely to run against Winx.

“He won’t be running in the Cameron,” Lees said.

“He’ll run in either race on Saturday. He’ll probably race against Winx.”

“It’s two weeks from Saturday so he’s a chance of going there for sure,” Lees said.

Le Romain is at $15 for the George Main.

Of the Waller-trained George Main contingent, several are among the 17 entries for the Group One Makybe Diva Stakes at Flemington on the same day.