A Prince Of Arran Wins Way To Cup Berth 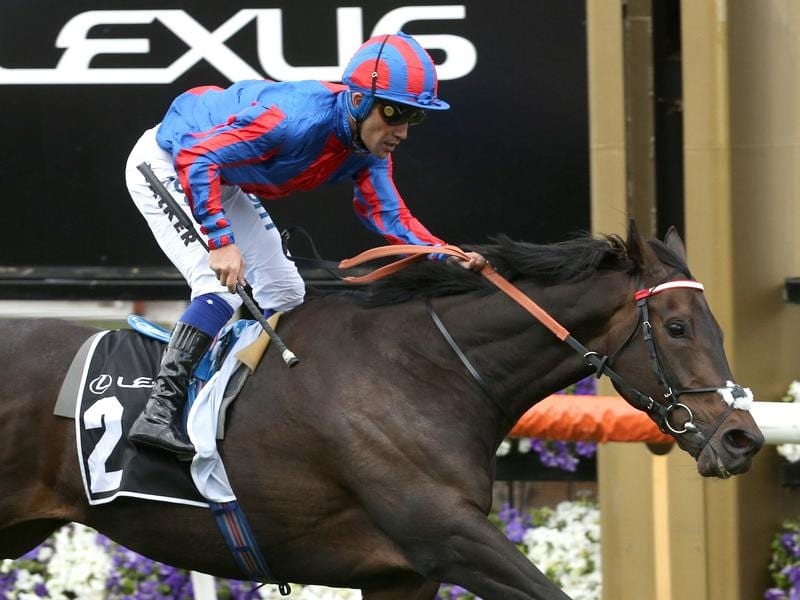 English stayer A Prince Of Arran has won his way into the Melbourne Cup with a stirring victory in the Lexus Stakes at Flemington.

His trainer Charlie Fellowes would have preferred not to run A Prince Of Arran on Saturday but with the six-year-old just outside the 24-horse limit for the Cup, his hand was forced.

Fellowes and his rival trainers had a longer than usual wait with the race delayed because of a problem with the photo-finish camera.

The Chris Waller-trained 4.20 favourite Brimham Rocks had to be re-plated but even with a new shoe fell half a length short of A Prince Of Arran ($4.40) and missed a Cup start while recording his fourth consecutive second.

A Prince Of Arran has firmed from $34 to $15 for the Cup on Tuesday but 32-year-old Fellowes just as excited about what he describes at the biggest win of his career.

“To win at a massive day like today it’s huge.

A Prince Of Arran was ridden by Michael Walker who will ride him at 53kg on Tuesday with handicapper Greg Carpenter deciding not to penalise the horse for the win.

“I hit the front too early but nothing was taking me into the race, and in these staying races, these European horses keep going,” Walker said.

“He was pretty strong at the finish and I’m looking forward to Tuesday.”

“If you told me that we would be stood here back in January before we went to Dubai I would have laughed at you.

“He’s always been the apple of my eye because he’s a very good looking horse. He was very quirky as a young horse and I always worried that he wouldn’t actually fulfil his potential.

“This year he really is doing what I hoped he would be able to do when he was younger.”

Waller was naturally disappointed Brimham Rocks did not manage the win after being held up at the top of the straight.

“I am allowed to say I’m disappointed. Obviously being a part of the big race on Tuesday would’ve been very special, and if he won today he gets in it,” he said.

“I shouldn’t be complaining but I feel for the owners. We’ve come this far and come so close.”