A Man To Match Ready For Series Final 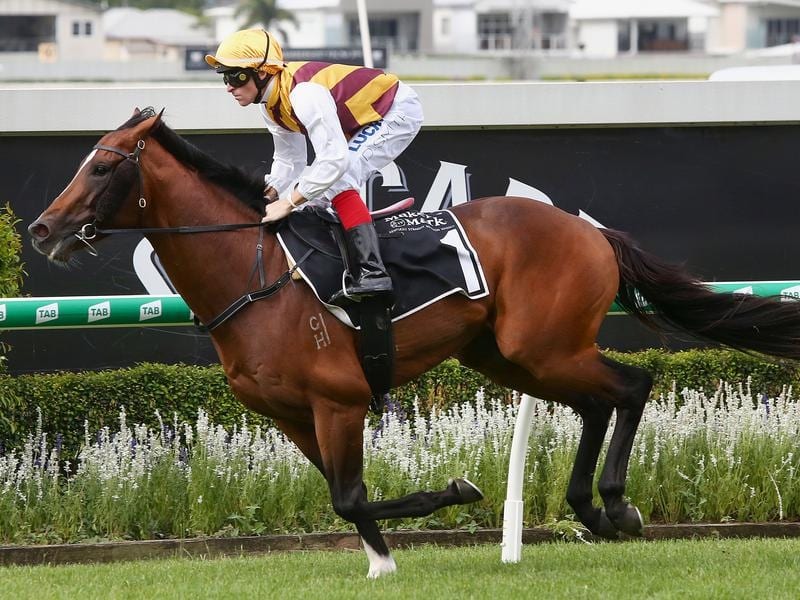 The return to racing at Brisbane’s premier track has further boosted trainer Tony Gollan’s confidence with A Man To Match in the Eagle Way series final.

Named for the 2016 Queensland Derby winner Eagle Way, the series has been run over three heats with the original final set for 2000m at Doomben.

With Eagle Farm passing a series of tests after being out of action for much of the past four years, the meeting has been switched to the track and Saturday’s final increased to 2200m.

The series is designed for trainers to test their three-year-olds as Queensland Derby or Queensland Oaks prospects and at the same time build up their prize money to gain entry to those Group One races.

A Man To Match won the third heat at Doomben by more than three lengths beating a similar field to the one he faces in the final.

He is one of eight entries taken on Monday and by far the highest rated on 72.5 with the next Ceol Na Mara, who ran fourth behind him in a heat, next on 65.

Gollan said he had been confident with A Man To Match at 2000m but believes he will be even better over the longer distance on the big Eagle Farm track.

“He has been learning all of the time and he showed what he could do when he got out to 2000 metres at his last start,” Gollan said.

“I am very keen to get him ready for next year’s Queensland Derby.”

A $300,000 yearling, A Man To Match is from the last crop of top sire High Chaparral and out of the More Than Ready mare Pregrada.

He is one of half a dozen horses that Linda and Graham Huddy, from Peachester Lodge, race with Gollan.

“The Huddys have already won the Victoria and Australian Derbys so it is our aim to give them all three east coast versions of the race,” Gollan said.

The final will be the main race at Eagle Farm for its comeback on Saturday with interest also in the two-year-old handicap with Magic Millions Classic second favourite, Breeders’ Plate winner Dubious, among 23 nominations.