Zoutori rises to challenge in Newmarket 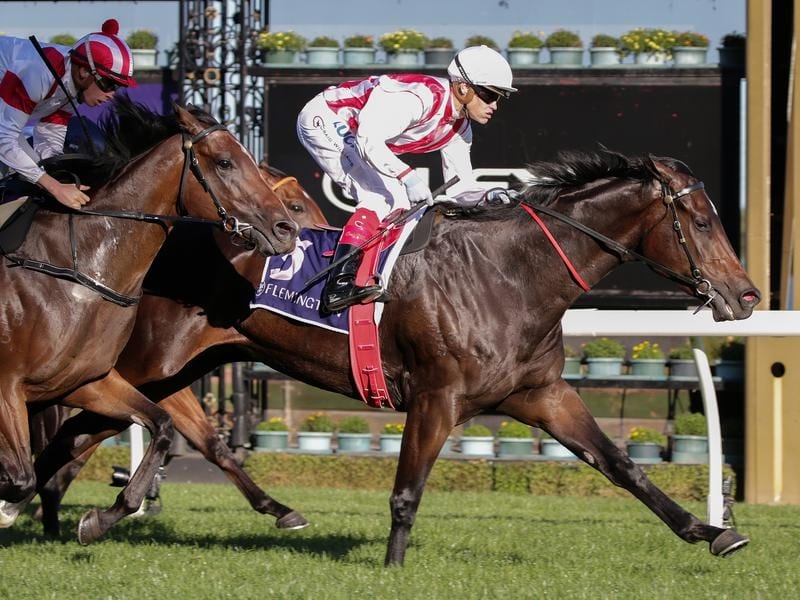 Currie was the beneficiary of Jamie Kah’s decision to ride Sirius Suspect in Melbourne’s feature handicap sprint on Saturday landing Zoutori a head winner from Indian Pacific (+2000) with Amish Boy (+8000) a further three-quarters-of-a-length away.

It was Currie’s fourth Group 1 win of the season and comes off the back of a neck injury incurred in a fall at The Valley on the eve of the Blue Diamond Stakes 12 months ago.

“Off the back of having a fall last year and having quite some time off, I was lucky enough to pick up a couple of good ones over the spring,” Currie said.

“I had a bit of a rest over the spring. I didn’t ride too much which has helped the body and it’s been a great autumn so far.

“Hopefully there’s a couple more in us yet.”

Mathew Ellerton, who trains Zoutori in partnership with his cousin Simon Zahra, said he was “chuffed” to win Saturday’s Group 1 sprint, a time-honoured sprint on the Australian calendar.

“I don’t get too nervous pre-raceday, but I was a little bit toey today,” Ellerton said.

“Things have gone to plan with him from the Oakleigh Plate and he’s really come on well.

“He’s a good, tough honest sprinter who is a dual Group 2 winner and now a Group 1 winner and he’s got a great CV especially down the straight.”

The race did not pan out for September Run, a race day betting wobbler from +135 to +180 favourite, before finishing tenth, beaten three and three quarter lengths.

Jockey Craig Williams said the three-year-old filly, who had won three and finished second in her four previous starts on the Flemington straight course, did not get a smooth run through Saturday’s race.

“She was inconvenienced with her run from the 400 (metres) to the winning post and didn’t get the favours we were hoping to get.” Williams said.

“It was a completely different race for her and a disappointing result because she had been coming on so well.

“I guess today when you have a big field and things don’t work out, when you get squeezed and jammed, and a horse with that level of experience, with that weight, they’re big factors.”