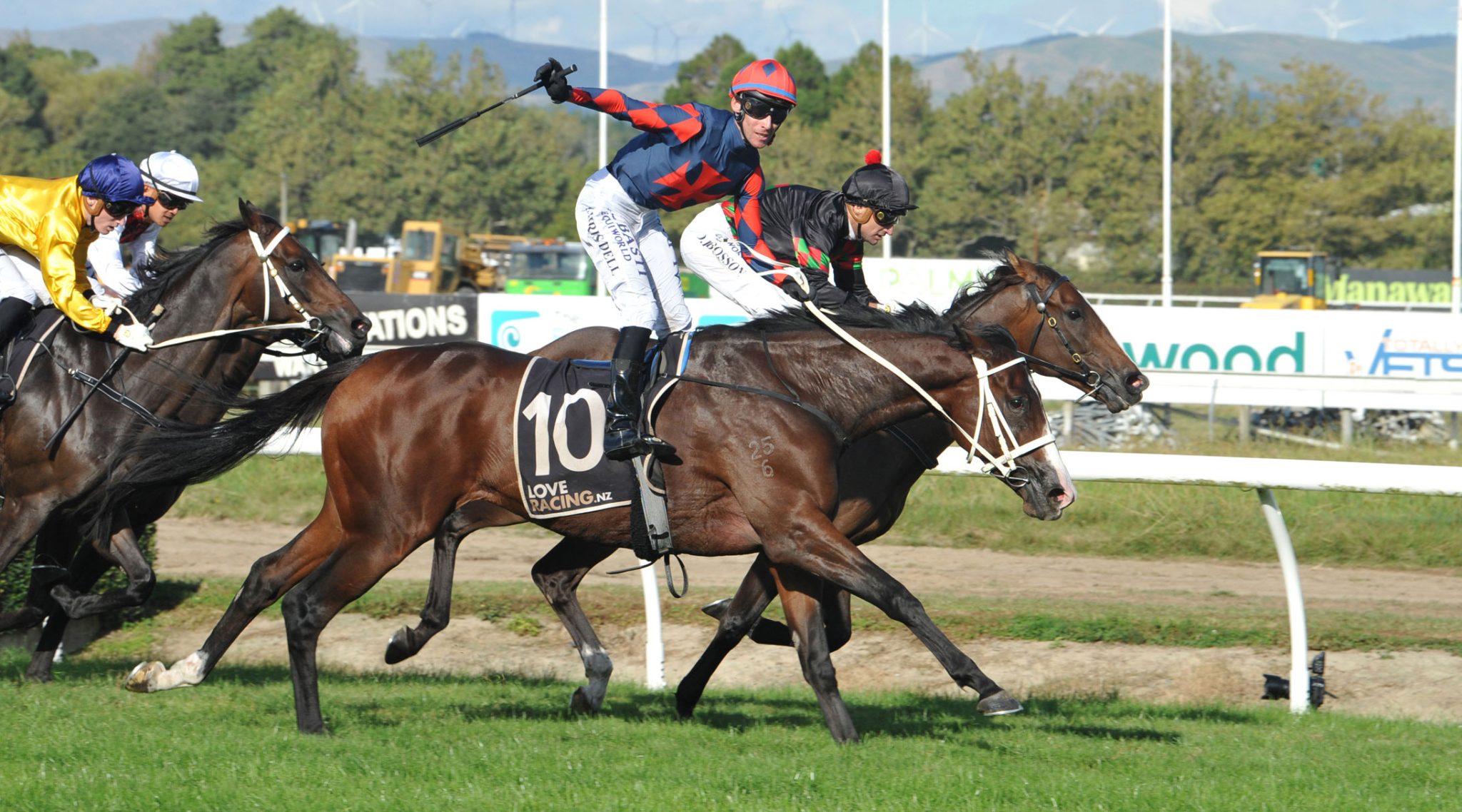 Trainer Janelle Millar was trying hard to keep her emotions in check as she waited for her gallant mare Zola Express to return to the Awapuni birdcage after providing the New Plymouth mentor with her biggest career victory in the Group 2 City Of Palmerston North Awapuni Gold Cup (2000m).

The five-year-old daughter of Shamexpress had just downed a quality field of middle-distance performers with a daring late run for rider Chris Dell, with Millar left a little in disbelief at the final result.

The late maturing mare had proven a model of consistency this season, taking out the Listed Wanganui Cup (2040m) back in November and came into Saturday’s contest off the back of a tough effort for fifth in the Group 3 Cuddle Stakes (1600m) at Trentham which had been proceeded by a runner-up finish in the Group 3 Taranaki Cup (2000m).

Despite the consistent form references Zola Express hadn’t featured heavily in pre-race discussions but delivered when it counted as she out-toughed Group One performers Tiptronic and Vernanme to collect a deserved victory.

Millar admitted she hadn’t seen the final few moments of the race due to the tension of the close finish.

“I had to look away as this is something we have worked towards for so long,” she said.

“She (Zola Express) just keeps on improving and she deserves this.

“This is probably the biggest race I have won and the moment is just right up there in my career.

“Every win is a good one, but these are extra special as this is a horse that just tries so hard every time.

“I was tossing up whether to go to this or the New Zealand Thoroughbred Breeders’ Stakes (Group 1, 1600m), so I’m glad we chose this one.

“She is only five so next year should be even better for her so we will be attacking those top top races.”

Millar put into perspective what the win meant to her when she spoke about the influence her grandfather, legendary Stratford-based trainer Jack Taylor, had on her when she was growing up.

“I was a shadow (to my grandfather) when I was a tiny tot and I saw him celebrating good wins like this,” she said.

“I never knew how it felt until days like today, it is amazing.”

Raced on lease from Windsor Park Stud, Zola Express has 33 people involved in the ownership, including Millar, and is a daughter of Windsor Park Stud stallion Shamexpress and Golan mare Zolana.

She comes from an extended family that includes dual Group One winner Lotteria and former New Zealand Bloodstock Filly of the Year, Taatletail.