Zahra Picks Up Ride On Affair To Remember 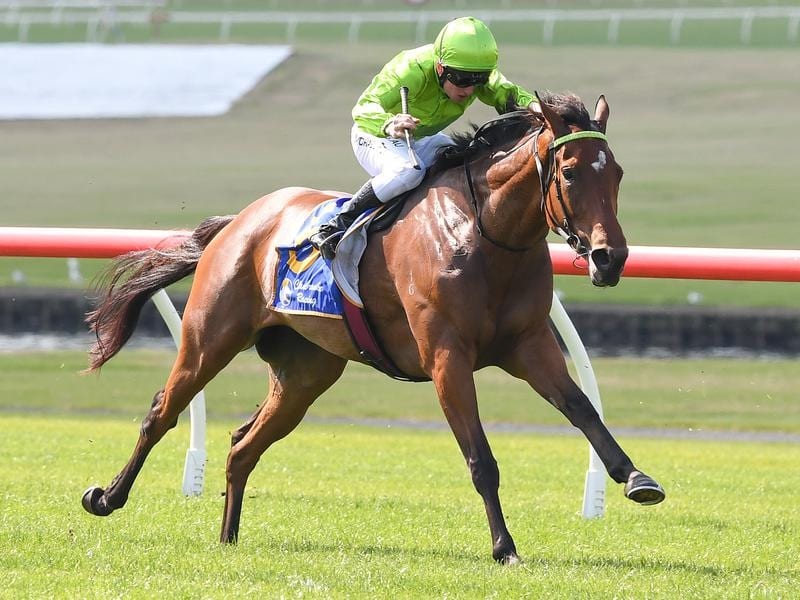 Trainer Dan O’Sullivan has turned to top jockey Mark Zahra in his bid to win his home town Ballarat Cup with star mare Affair To Remember.

Zahra picked up the mount when the four-year-old’s regular rider Michael Poy failed in his bid to have a suspension overturned at the Victorian Racing Tribunal on Monday.

Poy had been riding under a stay of proceedings after being outed at Cranbourne on November 6.

O’Sullivan said Poy’s manager Reece Murphy had a ready-made replacement for the $500,000 race on Saturday as he also looks after Zahra.

Poy had developed a rapport with Affair To Remember, which O’Sullivan said had played a key part in her winning the Group Two Matriarch Stakes at Flemington at her last start.

“In the present situation it was hard to find a jockey who could stay with her and he managed to do so for four starts which helped us a lot,” O’Sullivan said.

“The owners liked the way he rode her and wanted to stick with him.”

O’Sullivan said the Matriarch Stakes was the race he set as the main target for Affair To Remember at the start of her campaign and he was thrilled she got the win.

Affair To Remember, as befitting her racing style, settled last and swooped home to score at Flemington.

“In the run I thought she would get there but it took the entire Flemington straight and the last hop for her to do so,” he said.

O’Sullivan said winning his local Cup would be a challenge given the strength of entries for the race.

“It shows if you put up the good money the good horses will come,” O’Sullivan said.

“There are Group One winners nominated and there are horses in very good form.”

Saturday’s race will be Affair To Remember’s second start at her home track and her first since her debut when she finished sixth.

“Affair To Remember needs big, spacious tracks so Ballarat will suit her. Hopefully she can draw a barrier and settle a bit closer in the run,” O’Sullivan said.

O’Sullivan has had one runner in the Ballarat Cup, Tuscan Flyer who finished fifth in 2014.

“Usually it’s a huge day and I’d have a marquee on course with 200 people in it. It would be great to win it but a strange one too,” he said.

O’Sullivan is contemplating trying to get Affair To Remember a start in the All-Star Mile next year.