Zac Purton limbers up for IJC with treble at Sha Tin 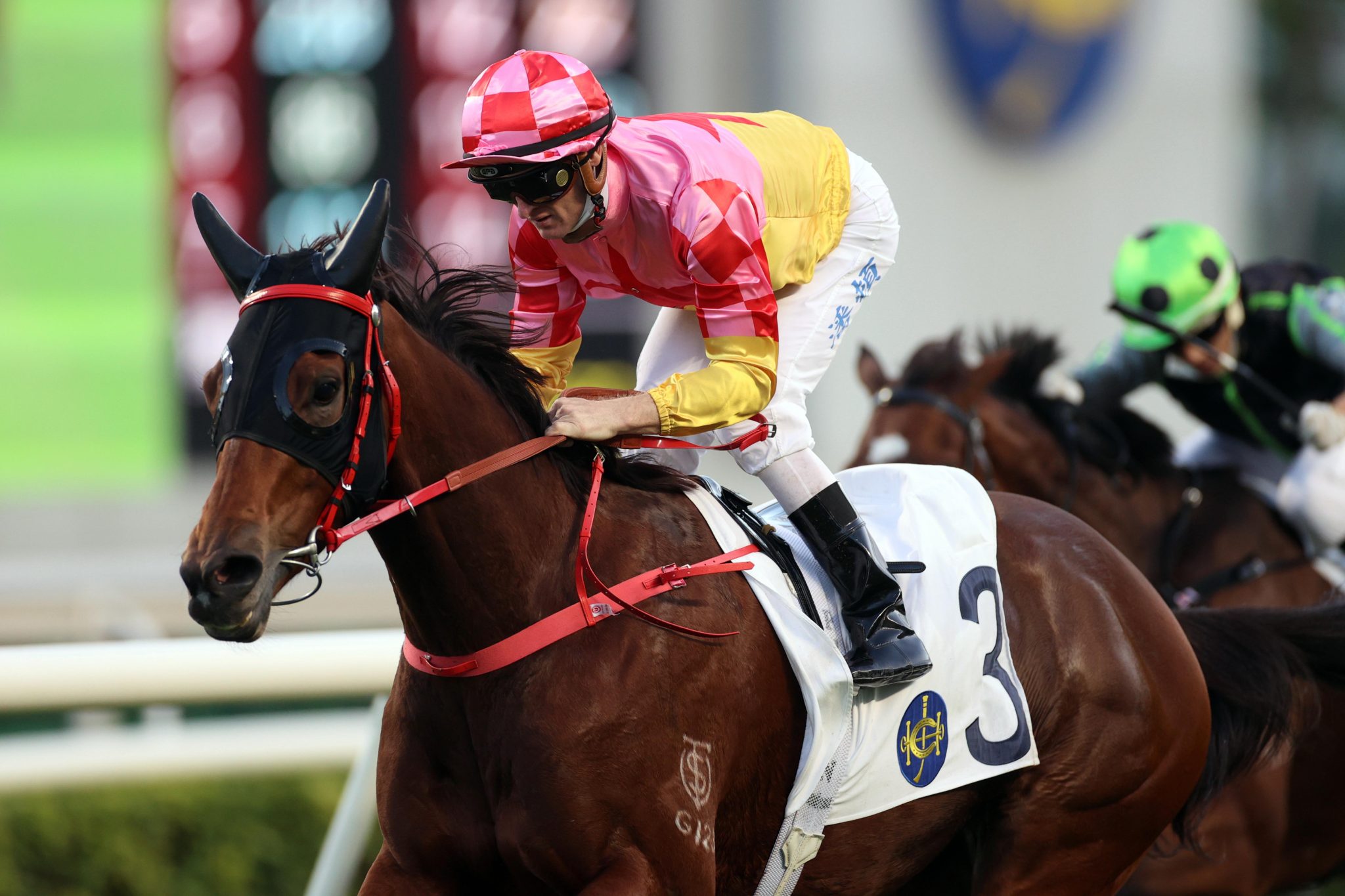 Eager to build momentum after missing two meetings recently, Zac Purton reasserted his dominance over the Hong Kong jockey ranks ahead of the International Jockeys’ Championship (IJC) at Happy Valley on Wednesday night (December 7) with a treble at Sha Tin on Sunday.

Boosting his seasonal tally to 54 and extending his margin in the Hong Kong jockeys’ championship to 32 over nearest pursuer Ho (22), Purton searched for rhythm and winners at Sha Tin – and found both – after missing two meetings recently because of COVID-19.

“It’s just good to be back. I want to get some rhythm and consistency back. I had to miss a couple of meetings and was just out of my physical routine – going to the physio, doing the things I normally do, and I wanted to get some normality back into my programme to just get rolling again.

Slotting a treble in successive races on Benno Yung-trained Handsome Twelve, Pierre Ng’s Marado and Peter Ho’s Amazing Victory, Purton will bid to add another IJC trophy to those he secured in 2017, 2020 and 2021.

Downplaying his skills, Yung said: “I’m not going out of my way to target winners on the dirt. Each horse is an individual but it just happens that quite a few of them can perform on the dirt,” Yung said.

“It’s nothing special. The horses just like this surface and they ran well today. Ice Legend is a versatile horse, he can run at Happy Valley on the turf, Sha Tin on the turf and also the dirt at Sha Tin.

“Run Des Run maybe is better suited to the dirt and Jerry gave him a great ride. Handsome Twelve, I was confident he would win because the track seems quite biased out in the middle of the track and for those coming from behind.”

Nine of Yung’s winners this campaign have come on the dirt – six more than nearest rival and reigning champion trainer – Frankie Lor.

Pierre Ng extended an excellent star to the season with a brace. The tyro trainer first struck courtesy of a perfectly-timed Angus Chung ride in the Class 4 Carnarvon Handicap (1200m) before championship-leading rider Purton posted a double of his own aboard Marado in the Class 4 Mody Handicap (1400m).

“He’d never had blinkers on before and it was a class of him performing at Class 3 or dropping back to Class 4,” Hall said. “I’d never used blinkers on him before because he’s a free-going type of horse.”

Improved barrier manners paved the way for The Multiplier’s first win in Hong Kong after the grey snared the Class 5 Ashley Handicap (1200m, dirt) for David Hayes and Lyle Hewitson.

“He was unlucky last start at Happy Valley when he missed the start. He jumped better today and he won well,” Hayes said before Michael Chang’s Righteous Doctrine surged late to claim Skyey Supreme under Silvestre de Sousa to land the Class 4 Middle Handicap (1800, dirt).