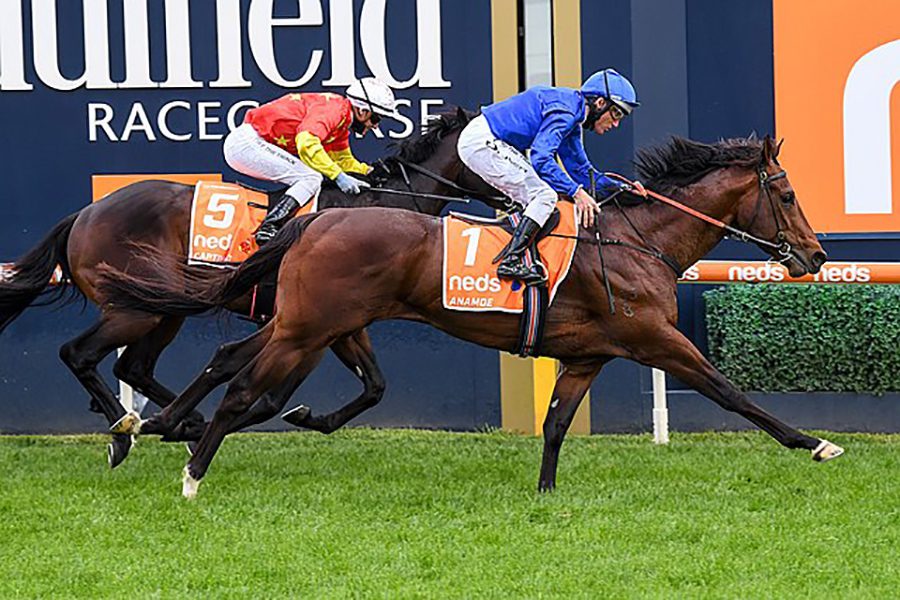 Several genuine stars of the track have been nominated for in this Saturday’s Royal Randwick meeting, headlined by Zaaki, Nature Strip and Anamoe.

A thrilling clash in the Canterbury Stakes is likely, with Zaaki set to resume for his autumn campaign in his bid to win a fourth Group 1.

Joining Zaaki in the Canterbury is John O’Shea’s Lost And Running, who comes into the race on the back of a dominant win in the Group 3 Southern Cross Stakes at Royal Randwick on February 12 over 1200m.

Fellow Group 1 winners Alligator Blood, Forbidden Love, Kolding, Private Eye and September Run have also been nominated, as well as exciting import Laws Of Indices, who lines up in his third Australian start.

In the Randwick Guineas, Anamoe (-142.86 at Bovada) dominates the betting on the back of a tough win in the Group 2 Hobartville Stakes (1400m) on February 19.

Nominations for the AU$1 million mile feature have been out for some time now, with 84 three-year-olds in the mix, yet only a small final field is expected.

Hilal, Converge, Maurice’s Medad and Raging Bull all chased home Anamoe in the Hobartville and they are likely to line up in the Guineas, while War Eternal is also expected to be in the field.

Profondo was expected to resume in that race, and while he is still a potential acceptor, connections recently paid a $27,500 late entry fee for the Group 1 Australian Guineas (1600m), which will be run on the same day at Flemington.

Another notable race at Royal Randwick on March 5 is the Group 2 Challenge Stakes (1000m), which will feature Nature Strip, Eduardo and up-and-coming sprinter Rule Of Law, who is chasing six straight wins.

Set to resume in the Reisling is unbeaten filly Coolangatta, who has had a freshen-up after winning the Gold Coast Magic Millions 2YO Classic in January. Joining her is the runner-up from that race, Russian Conquest, as well as Greece, who is making her debut after two impressive trial wins.

In the Todman, Lofty Strike makes his way to Sydney after being scratched from last Saturday’s Blue Diamond Stakes due to failing a vet check. Queensland trainer Tony Gollan has nominated unbeaten two-year-old Capital Tower for that race as well, while Sejardan will use the Todman to bounce back after being beaten for the first time in the Inglis Millennium at his most recent run.

Final fields for all 10 races at Royal Randwick will be announced on Wednesday morning.