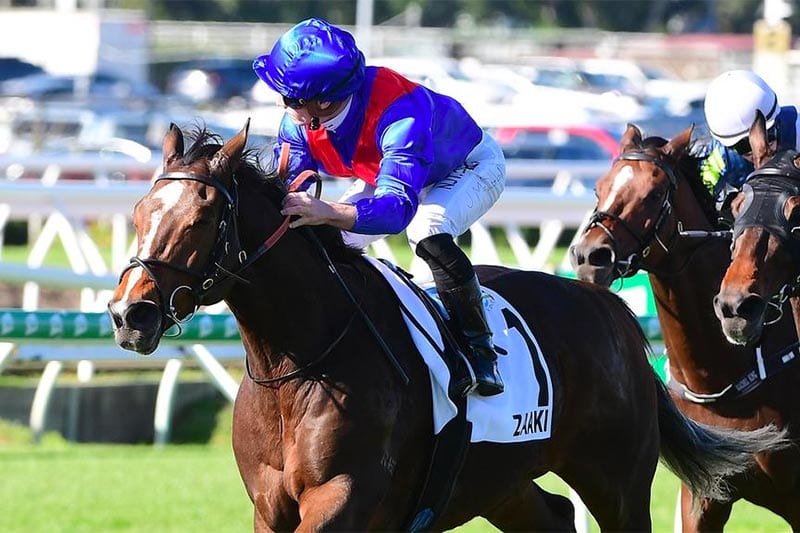 A number of Australia’s best racehorses will be seen at the Rosehill trials on Friday morning as they begin their spring campaigns.

In the opening trial of the morning over 1000m, Group 1 winners Mo’unga, Angel Of Truth, Knight’s Order and Montefilia will be the headline acts.

Mo’unga is nearing a return to the races as he tries to defend his crown in the Winx Stakes at Randwick next Saturday, while the other three gallopers all hold Melbourne Cup nominations.

Chris Waller will saddle up six of the 10 runners in Trial 2, including Group 1-winning fillies Hinged and Fangirl.

Also from the Waller yard is Queensland Derby runner-up Paternal and J.J. Atkins runner-up Political Debate, as well as Ranch Hand and Skyman.

Political Debate holds nominations for a number of the spring features, including the Caulfield Guineas and Cox Plate.

Although only a barrier trial over 900m, Waller will get the chance to see where his three-year-old colt is at against the older horses, with current Cox Plate favourite Zaaki also set to step out in the heat.

Now an eight-year-old, the Annabel Neasham-trained gelding was arguably not at his best in Queensland during the early part of the Brisbane Winter Carnival.

After winning the All-Star Mile at Flemington in March, Zaaki finished a narrow second to Think It Over in the Queen Elizabeth Stakes during The Championships at Royal Randwick, before heading to Queensland for the second year in a row.

The son of Leroidesanimaux did what he had to do to win back-to-back Hollindale Stakes on the Gold Coast on May 7, but he was unable to win a second Doomben Cup later in the month, going down to Huetor as a -416.67 favourite.

While no return race has been set for Zaaki just yet, all roads will lead to the Cox Plate on October 22.

Gary Portelli is another trainer with a strong hand in the second trial of the morning, with Fireburn and Sejardan stepping out for the first time as three-year-olds.

Rounding out the 10 runners in Trial 2 is Bjorn Baker’s promising sprinter Overpass.

The four-year-old entire started 2022 in fine style, defeating Forbidden Love and Anamoe first-up in the Expressway Stakes en route to claiming the $750,000 Inglis Sprint at Flemington.

The first of 17 trials is scheduled to begin at 8:30am AEST on Friday, August 12, with all trials to be broadcast live on Sky Thoroughbred Central.