Youngest Myers on a winning roll 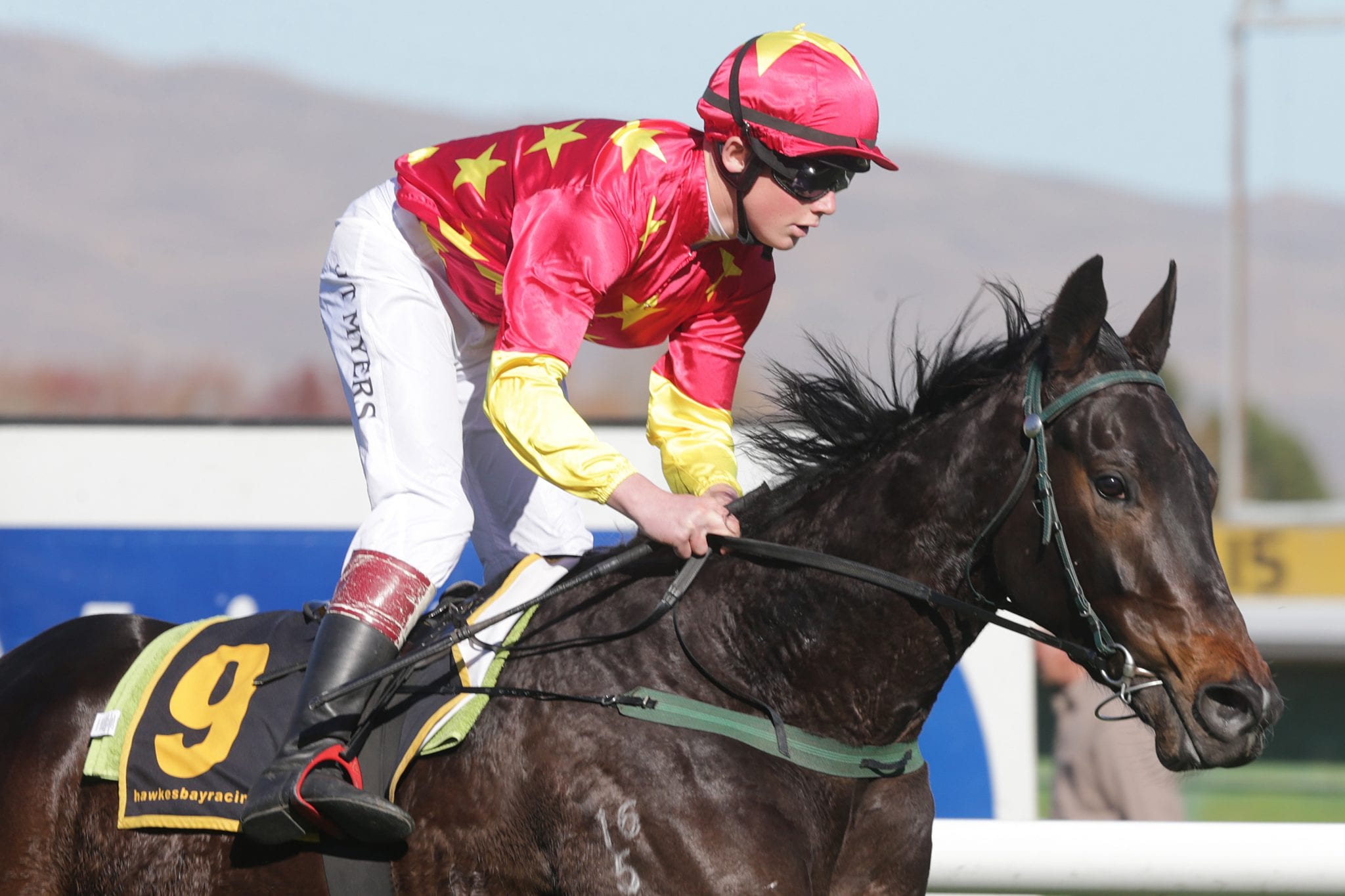 Young Wanganui amateur rider Luke Myers will be out to keep up his winning streak when he heads to Ellerslie on Monday.

The 15-year-old has won both races in this year’s Flair Amateur Riders’ Championship and his father, Kevin, is in the process of finalising which of his stable runners he will ride in the third event in the series. Myers’ introduction to race riding was at the Grand National meeting last August when runner-up on Ave Maria. He later picked up a further second, on Merlot, at Te Aroha, before completing his first winter with yet another second on Ave Maria in the amateur riders’ finale, the Duke Of Gloucester Cup at Te Aroha, behind stablemate Onefortheditch.

With a record of three seconds from five rides (all for his father) last year, the Wanganui Collegiate student was determined to break through for that first win and his competitive urge was to the fore when he guided Princeville to victory at Wanganui on May 1. ‘’It was a good feeling to get that first win straight off the bat,’’ he said. ‘’I love riding. It’s good fun.’’ Myers’ second win came aboard Ripcord at Hastings last week when again beating top amateur rider Scott Wenn on Wicklow and his performance drew praise from race caller, Tony Lee. “I’m glad I won that one because I got a bit too far back,’’ he said. “But we got there easily in the end.’’

Myers is following in the footsteps of his sister Caley (20) and brother Jason (18), who both enjoyed success as amateur riders. His sister picked up five wins, while his older brother managed two wins in the 2016-17 season. ‘’All three of them got their amateur riders’ licences when they turned 15,’’ mother Angela Illston said. ‘’And I was there at Wanganui when Luke rode his first winner. ‘’They’ve all been on horses since they were young. Jason is now working on the farm and helping out with the horses and Caley is working for Bruce and Maureen Harvey (at Ascot Farm) in Cambridge.’’

The youngest Myers knows he still has a couple more years of school ahead of him and enjoys playing rugby, though he quickly admits he doesn’t have as much talent on the field as his older brother, who was selected for the New Zealand Heartland Under 19 team last year. “My weight has gone up a bit so I’ll just keep riding as long as I can,’’ he said. Like his siblings, he has also ridden in jumping trials and at point-to-point meetings and his father is keen to see him try his luck over fences on raceday. ‘’I enjoy schooling them, but I’m not sure about being a jumps jockey. Not yet anyway,’’ he said. ‘’I just want to try and win a few more of these amateur flat races.’’