Wood having plenty of fun with promising gelding 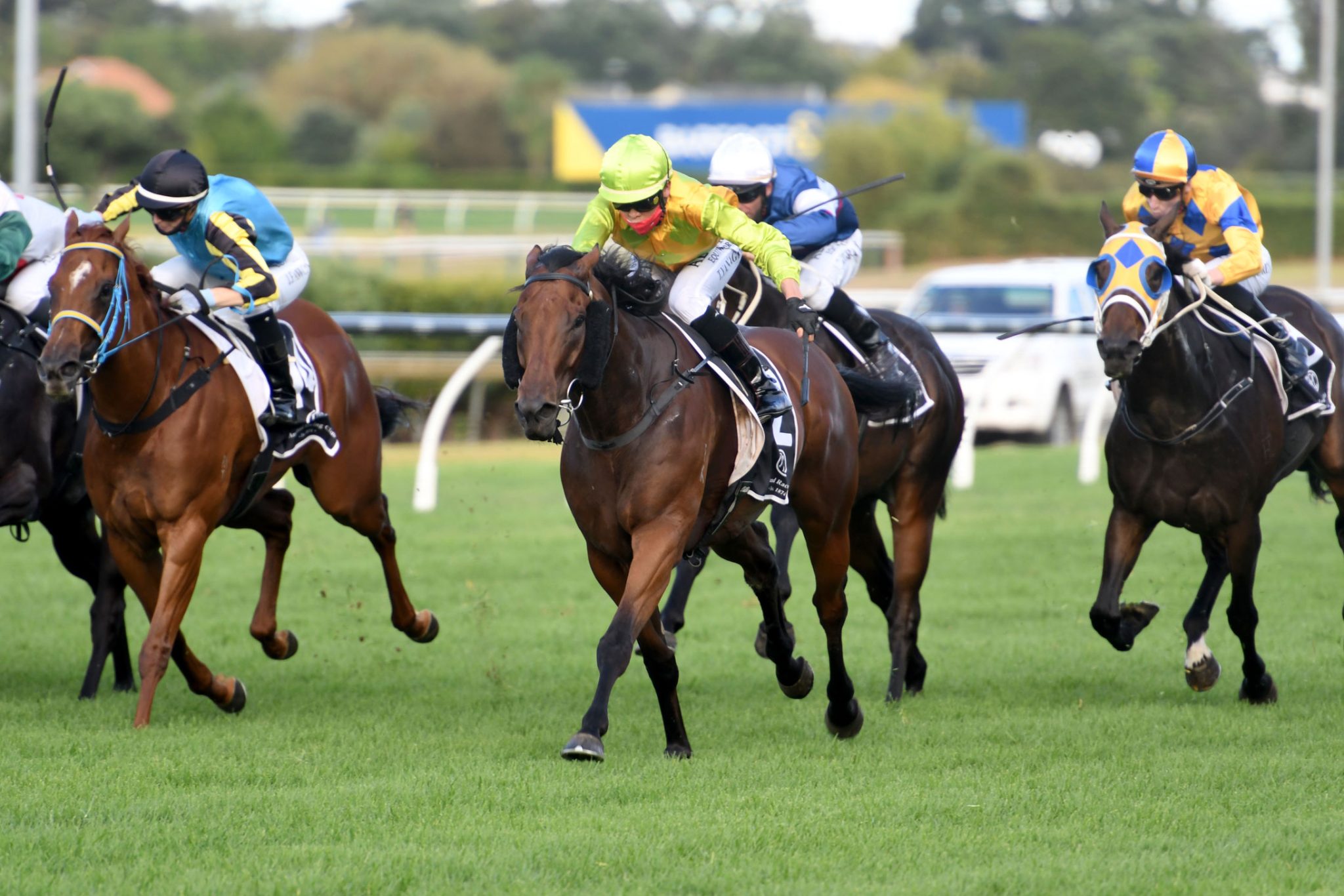 The odds on Funtonic even reaching a racecourse would have been extremely high when he hurt his hind legs in a paddock accident eight months ago.

But time and care has done wonders for the New Zealand four-year-old, who now has some big races in his sight after an impressive victory in the Gravity 1400, a Rating 74 event at Ellerslie on Sunday.

Funtonic had raced four times for a win and three minor placings when the accident happened.

“He kicked through a fence about eight months ago and we found him the next morning with all these cuts on his legs. He got pretty mangled up and we didn’t know whether we’d get him back to the races,” trainer Chris Wood said.

“We got him back to the stables, pottered around with him and he got a little bit better, but he ended up going to Moira Murdoch’s place in Waiuku and she worked him on the beach every day for 10 weeks.

“The injury came down, and it’s come down even more since he’s come back here.”

Funtonic returned to racing on New Year’s Day and was out of luck at his first two runs back, being blocked for a run first-up and then caught wide without cover at his next.

But at his last four starts he’s had two wins and two seconds, and won at Ellerslie like a horse going places.

Funtonic’s form has attracted the attention of overseas buyers but Wood said it was unlikely he would be sold given his paddock accident.

“I’ve had inquiries from people about buying him in the last week or so but I had to be honest and tell them he wouldn’t pass the vet with those marks on his legs,” Wood said.

“But I think the syndicate is pretty happy they’ve got a nice horse to race.”

Though Funtonic was providing Wood and the ownership team with some excitement, he can also be a bit quirky in training.

“Sometimes when he’s done one round of the track in training he stops and doesn’t want to go around again,” Wood said.

“I rode him on Tuesday morning and he stopped dead on me and I almost went over his head, but I managed to stay on and persuaded him to do another round.”

Funtonic, who is raced by a 15-person syndicate that Wood assembled, has been raised six points in the ratings to 78 and Wood is now targeting the Group 3 Manco Easter Handicap (1600m), which this year will be held at Pukekohe on April 23.

Wood expects Funtonic to race twice more before the Easter Handicap, and he understands his rise in the ratings means he may be taking on open class horses straight away.

“We’re out of the Rating 74 grade now and 80s rating races are a bit hard to find, so he’s in open class with three wins under his belt,” he said.

“The quality in New Zealand isn’t as good as it used to be, I’m sure of that. There doesn’t seem to be as many open handicappers left in New Zealand.”

Safely through that race, Wood hopes he can give Funtonic a brief let-up and maybe campaign the horse in Australia next spring.