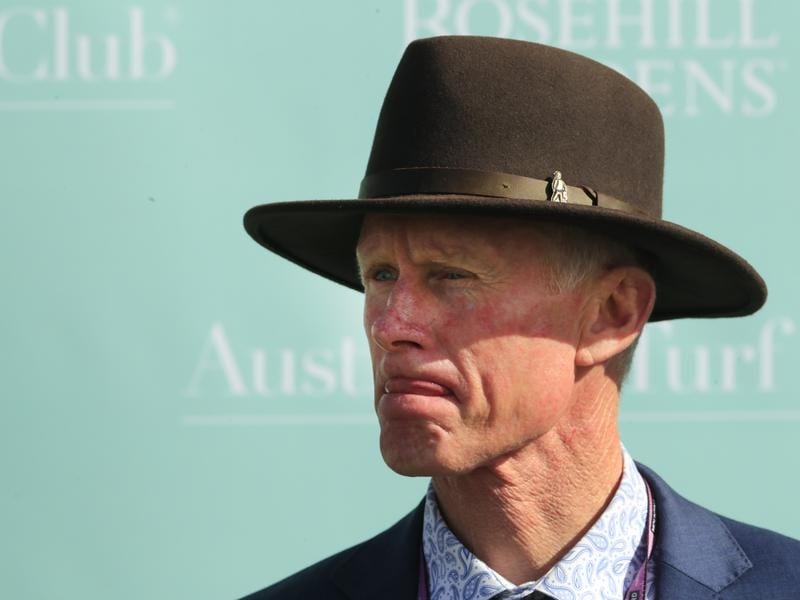 Small with crooked knees and a reputation for being bossed around the paddock by other horses, unbeaten colt Hot ‘N’ Hazy did not warrant many second glances as a yearling.

Trainer Danny Williams saw the faults but was drawn to him anyway.

While his pedigree initially sparked Williams’ interest – Hot ‘N’ Hazy is a three-quarter brother to Group One placegetter Scratch Me Lucky – it was the horse’s eye that caught the attention of the Goulburn trainer.

“I like a bit of white somewhere in the Snitzels, I think that’s a bit of a trait with them, with the white in their eye,” Williams said.

“I didn’t expect to get him to be honest. He is a three-quarter brother in blood to a horse that ran second in a Sires’ Produce (Stakes).

Hot ‘N’ Hazy’s offset knees have straightened a little, he has furnished into a good-sized juvenile and the intangible quality Williams spied as a yearling is still there.

The winner of his only start at Wagga in February, it is the colt’s recent 14-length trial romp that has prompted him to be marked as an early favourite for Saturday’s Sky Racing Active Handicap (1200m) at Rosehill.

It has also enticed betting operators to install him as a $15 chance for the Kosciuszko, a race Williams confirms is on their radar.

But while the trainer has no doubt the juvenile is a talent, he is guarded about Hot ‘N’ Hazy’s chances this weekend in a race he admits will be a “learning curve”.

“He is potentially the best horse I have had in the last decade,” Williams said.

“But he frightens me a bit because he’s not there mentally. What you saw in the trial is not always replicated race day.”

Hot ‘N’ Hazy will be one of five Rosehill runners for Williams, one of the biggest team he has taken to a Saturday metropolitan meeting.

His remaining squad includes Highway Handicap equal favourite Vibrant Knight and Prairie Fire, who is set to back up from a close second to Spaceboy last week.