Will The Caravan Roll On To The Melbourne Cup?

Racing Online - Horse Racing News - Will The Caravan Roll On To The Melbourne Cup? 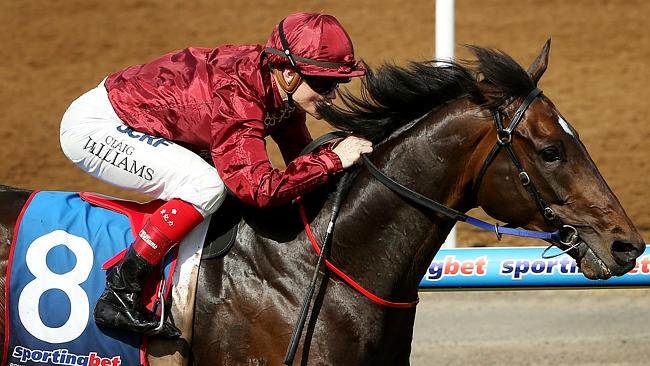 Connections of Caravan Rolls On will be crossing their fingers that their galloper has done enough to gain a start in the Melbourne Cup after the Danny O’Brien- trained horse recorded a strong victory in yesterday’s Group Three Geelong Cup. Ridden by Craig Williams, Caravan Rolls On is currently rated a $34 chance with Sportingbet to take out the big one at Flemington, but will need quite a hefty penalty to be elevated enough to gain a start.

Currently weighted with 51 kilograms for the Melbourne Cup, he will need a penalty of around 3kg to see him line up on the first Tuesday in November. Greg Carpenter, Racing Victoria’s chief handicapper, will announce the penalty on Thursday but his start in the $6.2 million race is in doubt based on recent years, with the Geelong Cup winners typically only receiving 0.5kg to 1kg of extra weight heading towards Flemington.

However, if he does gain a start, his trainer rates him a top-six chance in the 3200 metre haul, with plenty of improvement still to come from Caravan Rolls On which was only having his third run for the year on Wednesday.

A start in the Melbourne Cup would see Caravan Rolls On trying to emulate the feats of recent staying stars Americain and Dunaden, which both completed the Geelong Cup -Melbourne Cup double in 2010 and 2011 respectively.

Two horses in the Geelong Cup which were guaranteed a start in the Melbourne Cup were Sertorius and Zanbagh, but both disappointed finishing eighth and 11th.

Sertorius was the $4.80 favourite for yesterday’s race and will reportedly now head for a spell. Zanbagh was rated a $7 chance in the race with jockey Michelle Payne stating that she felt something may have been amiss with her mount, a dual Oaks placegetter.