Will It Be Third Time Lucky for Murtagh?

Racing Online - Horse Racing News - Will It Be Third Time Lucky for Murtagh? 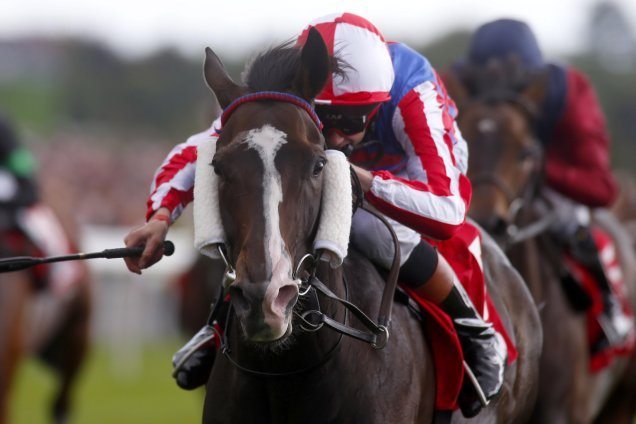 Irishman Johnny Murtagh is no stranger to the Melbourne Cup. Murtagh has been at Flemington on the first Tuesday in November twice, but 2014 will be his first time as a trainer.

The former leading hoop debuted in the race that stops the nation in 2001 when his mount Caitano finished 13th behind the might Ethereal, before returning in 2008 to ride Aiden O’Brien’s top weight, Septimus, without any luck.

Murtagh, one of Europe’s finest riders, rode 106 Group One winners before turning to full time training in February. He has enjoyed a great deal of success in such a short time will stamp himself as  a world class trainer if he can land a win in tomorrow’s big one.

Murtagh will saddle up two runners in the 2014 Melbourne Cup. His best chance looks to be Mutual Regard, currently $11 with Sportingbet, which won Europe’s richest handicap, the Ebor Handicap, at York at his last start.

The bay gelding is proven over the two mile distance with five starts resulting in two wins and two seconds however this will be his biggest test to date. Mutual Regard will carry 55kg at what will be his first race at Group level.

In 17 starts the highest level he has competed is Listed when he finished third, beaten three and three quarter lengths, in the Challenge Stakes at Leopardstown earlier this year.

He now heads into a Group One feature, and not just any Group One, but the most prestigious and highly sought after event on the Australian Racing Calendar.

One major plus for Mutual Regard is that he will be ridden by three time Melbourne Cup winning jockey Damien Oliver.

Oliver and Murtagh have a friendship that spans more than a decade and the pair will be hoping their friendship can land them a part of the $6.2 million on offer when the gates crash open at 3pm tomorrow afternoon.

Murtagh will also be represented in the Melbourne Cup by Royal Diamond, a $61 shot with Sportingbet.

Winner of the Group One Irish St Leger, Royal Diamond is one of four nine year olds in the race and will make history if he manages to finish in the top three, let alone win, with the closest a nine year old has ever finished in the Melbourne Cup being fourth.