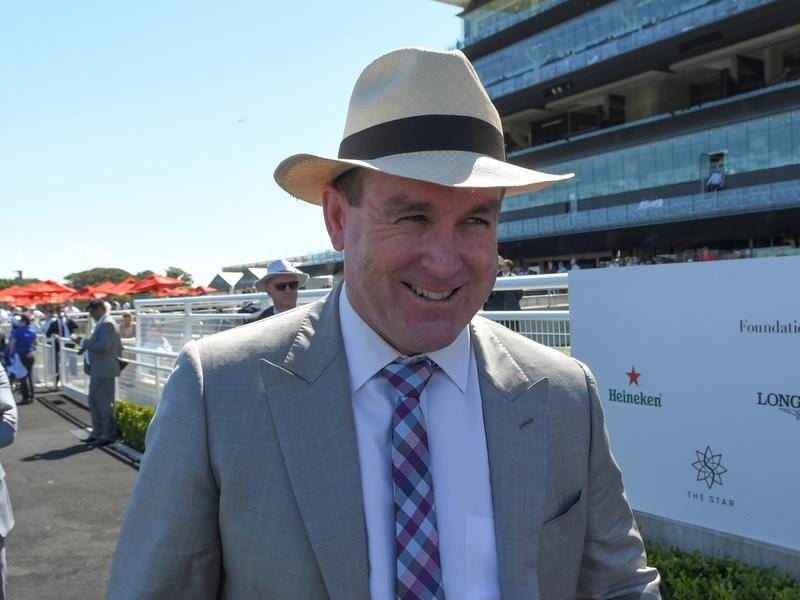 John O’Shea fears the barrier draw has cruelled the winning chances of Intrepidacious at Rosehill but he remains optimistic she can make a mark in the early spring.

The Randwick trainer was disappointed when the youngster drew the outside in the Everest Carnival Handicap on Saturday, a gate he sees as a tough hurdle from the 1100-metre start.

“She’s going to have to go back to get in and from the 1100 metres at Rosehill, it’s just a death knell,” O’Shea said.

“But she has to go to the races. We haven’t run her for a month trying to get into this race so we’ll run but I’d think the gate might pose an issue for her.”

Intrepidacious won her debut in the summer and showed enough ability for O’Shea to run her in a couple of Golden Slipper lead-up races.

She did not feature but with the benefit of a break and an encouraging first-up placing behind Enforcement at Rosehill, O’Shea is confident the filly can return to a higher level and be competitive in some of the better fillies’ races early in the new season.

“With the break, she’s strengthened physically and come back well mentally and it’s reflected in her trials and performance,” he said.

“I think she’s got a good race in her at some point, it’s just a matter of all the ducks lining up for that to happen.”

O’Shea is more upbeat about the chances of Southern Lad who contests the Australian Turf Club Handicap (1200m) after breaking a string of minor placings with a last-start win at Randwick.

He gets in nicely at the weights after the claim of leading apprentice Robbie Dolan and has a midfield draw in barrier seven.

“He deserved that win. He hasn’t had a lot go his way,” O’Shea said.

“He’s been very consistent and he’s trained on nicely since that win so I expect another positive showing as he goes up in grade.”

Southern Lad was on the second line of TAB betting on Friday at $5 while Intrepidacious was posted a $16 chance.