Who are the best Melbourne Cup winners since 2000? 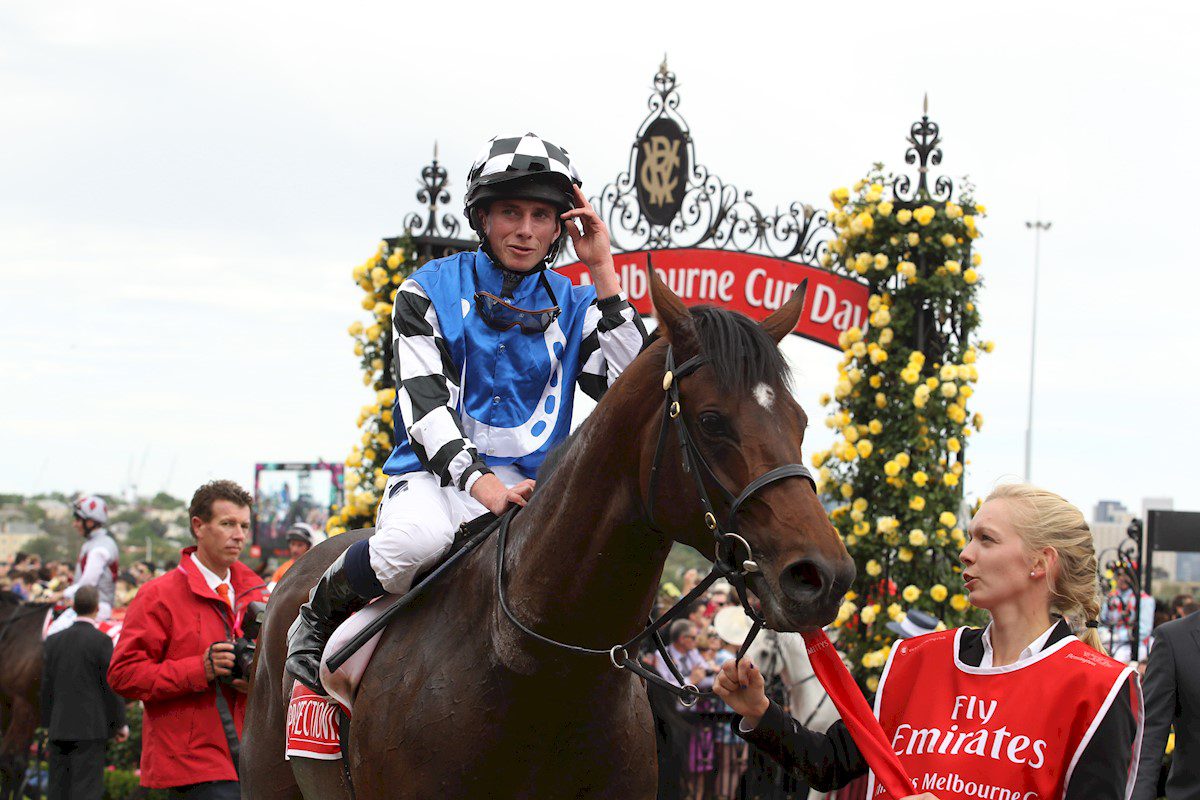 We are now just four days away from the 161st running of Australia’s most famous race, so we have decided to take a look back on our top five Melbourne Cup wins since 2000. Over the past 20 years, we have seen Makybe Diva’s threepeat, Bart Cummings’ 12th Cup win and Gai Waterhouse’s first. Michelle Payne made history as the first female jockey to win the great race in 2015, while in 2019, Vow And Declare became the first Australian-bred horse to win on the first Tuesday in November since Shocking did 10 years earlier. But who will make the cut?

It was the French who took home the Cup for the second-straight year in 2011, with Dunaden saluting by the smallest margin in Melbourne Cup history. Trained by Mikel Delzangles, the import went into the first Tuesday in November off the back of a tough win in the Geelong Cup, which saw him start second favourite to 2010 winner Americain as a +750 chance. Coming to the 800m mark with only six horses behind him, Christophe Lemaire fashioned a path to the outside and finished strongly to defeat Red Cadeaux by one millimetre, while Lucas Cranach ran third and Americain rounded out the top four. The horse’s will to fight back and get his nose down on the post, as well as the anticipation that stopped the nation for even longer than the three minutes of the race, is what earns the 2011 edition a top-five spot in our countdown.

It was another narrow finish in 2017, this time going to Almandin for prolific owner Lloyd Williams. Under the urgings of Kerrin McEvoy, both Almandin and Heartbreak City paired off for a ding-dong battle down the Flemington straight, with the duo putting 4.5 lengths on Hartnell in third. The son of Monsun came to Australia in mid-2016 after a win over 2014 Melbourne Cup winner Protectionist at Baden-Baden in Germany, and while it took him until his fourth Australian start to break through, he did it in style at Caulfield before winning his way into our great race with a 1.5-length victory in the Bart Cummings. Almandin made it three-straight wins with his brilliant Melbourne Cup success. Having jumped from barrier 17, he was given one of the greatest Cup-winning rides we have seen.

Having tasted success in 1993 with Vintage Crop as the first international runner to win the Melbourne Cup, Irish trainer Dermott Weld was back nine years later with Vinnie Roe and Media Puzzle. Originally sent as a travel companion for his stablemate and race favourite, Media Puzzle ended up booking his spot on the first Tuesday in November with a 3.3-length romp in the Geelong Cup 13 days earlier. The horse went on to win the big one in dominant fashion, greeting the judge two lengths in front of Mr Prudent, Beekeeper and Vinnie Roe. Even so, Media Puzzle’s victory is best remembered for Damien Oliver winning in the saddle just days after his brother Jason passed away in a race fall in Perth. The image of ‘Ollie’ saluting the heavens high in the irons will go down as one of the greatest Melbourne Cup moments of all time.

This could cause some controversy not having the great mare on top of the podium, but what would racing be without contradicting opinions? Winning three Melbourne Cups had never been done before, let alone three-straight Cups, but Lee Freedman and Glen Boss did exactly that in 2005 as a champion became a legend. Her third victory was also the mare’s final race start, and the fact she had to carry 58kg made it even more special. Cruising into the race under Bossy, Makybe Diva hit the front inside the final 200m and raced clear of On A Jeune and Xcellent. We could have easily had Makybe Diva on top, but we have saved that spot for a horse who the Melbourne Cup in the most dominating fashion. Makybe Diva will go down as the greatest Melbourne Cup winner of all time, but this countdown is about the wins themselves.

At the top of the list is German stallion Protectionist, whose win in the 2014 Melbourne Cup will go down as one of the greatest of the modern era. The Andreas Wohler-trained galloper started as an $8 chance, and despite having to carry 56.5kg, he did it in style, winning by four lengths to Red Cadeaux and Who Shot Thebarman. While Makybe Diva carried 58kg in her third Cup win, the only other horse to carry 56.5kg or more since 1978 was Jeune in 1994, some 20 years prior when he won with 56.5kg also. Protectionist was given a terrific steer by world-class hoop Ryan Moore, ducking and weaving his way through the field to give the Australian Bloodstock syndicate its first Melbourne Cup win. Interestingly, Protectionist wouldn’t win another race in Australia all through 2015, although he did end his career with three-straight victories back in Germany.

The final field for this year’s Melbourne Cup is starting to take place, with just one spot left for Saturday’s Hotham Handicap winner. Incentivise is the dominant +130 favourite with most Melbourne Cup betting sites and is set to start one of the shortest-priced market leaders since So You Think in 2010. International raider Spanish Mission is the $6 second elect, while last year’s winner, Twilight Payment, is on the third line of betting at $11. The final field and barrier draw will be conducted after the last race at Flemington on Saturday.