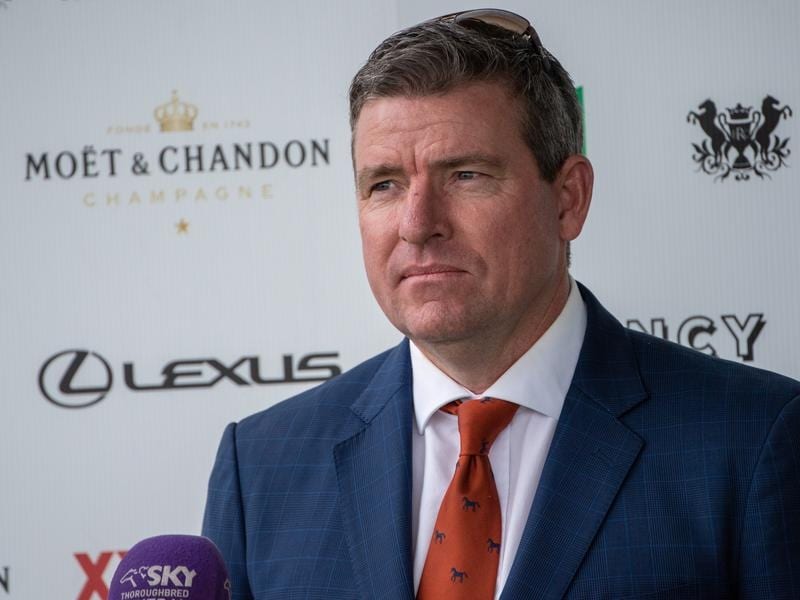 Sunshine Coast trainer Stuart Kendrick isn’t fazed by the prospect of a wet track for Fastnet Cyclone at Doomben.

Rain is forecast for Brisbane on Friday night, which Kendrick believes may help the eight-year-old who has a history of hoof ailments.

“A bit of rain to take the sting out of the ground would really help him,” Kendrick said.

“Obviously being an older horse he’s had a few issues in his day. A softish track definitely helps him and slows down a few of the others so I won’t be too worried if we get a wet track.”

Fastnet Cyclone impressed Kendrick when he scored a runaway win in midweek company at Doomben on July 29 when ridden by Jimmy Orman, who retains the ride on Saturday.

“I thought Jimmy rode him well last time until halfway up the straight when he looked in a bit of trouble but he did a really good job when he got out and hit the line,” Kendrick said.

“It ended up a bit messy there at one stage but what impressed me was the turn of foot he showed late in the race.”

Kendrick has kept Fastnet Cyclone at the mile for Saturday’s assignment but plans to step the gelding up in distance this campaign.

Toowoomba trainer Steve Tregea urged punters not to underestimate the prospects of Stradbroke placegetter Niccanova who resumes after a let-up in the Canadian Club Handicap.

“You’d imagine they’d go too quick for him but he’s the type of horse where anything’s possible.

“I want to run him on Saturday to have him match fit for Sydney for the Winx Stakes in a couple of weeks, then the Epsom depending on how well he’s going.”