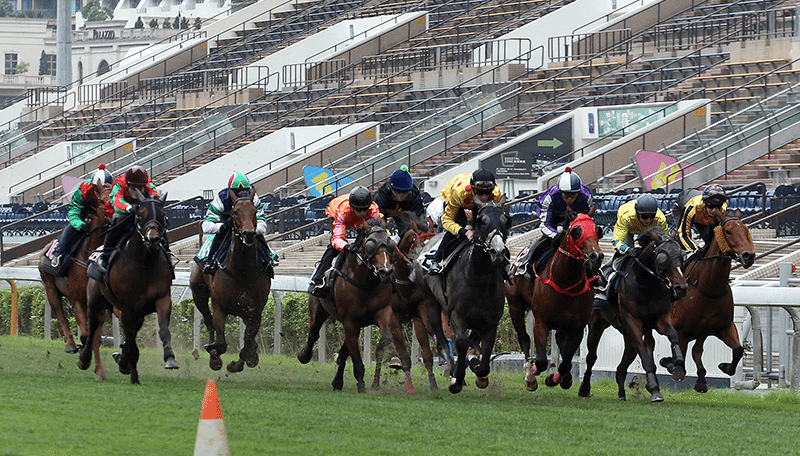 FORMER New Zealand and Australian runner Werther is a well-fancied hope for this Sunday’s Group 1 QEII Cup in Hong Kong.

“He said he moved really well and had a good blow, and that blow-out will have done him the world of good. I’m delighted with him.”

The four-year-old is currently on the second line of betting at $5.00 with Bet365.com.au (better than $4.40 at Sportsbet) and it will have Australia’s Hugh Bowman in the saddle.

Moore respects the opposition Werther will have to face, but is confident about his chances.

The biggest threat is Japanese champion Lovely Day, which is the current $4 favourite with bookmakers.

“The competition from Japan is about as good as you’re going to get, so our work’s cut out but this is what it’s all about, proving our horse on the world stage,” Moore said.

“Now he has to take one step more. Hopefully he can get a nice draw in the race and just track back behind the speed.”

Werther was a gallant winner in the Group 1 Hong Kong Derby earlier this season and the Australasian import has shown its worth racing in Hong Kong.

“He’s a really tough New Zealand-bred horse, and, take into consideration what he was asked to do in Australia, and consider the form that he’s in now and the good weight gain since his last run, I don’t think he’s taken any harm from the Derby,” Moore said.

“I believe he will hold his form right to the end of the season. I think he’s very durable and he’s a delight to train, he’s a very straightforward horse.”

Moore also lines up Designs On Rome which will likely be partnered by Tommy Berry and fellow Australian rider Blake Shinn has been booked to ride the stablemate Helene Happy Star ($67).

Former Australian-based jockey Zac Purton was vocal about his opinion on the new whip rules during The Championships earlier this month, and the experienced jockey has again voiced his displeasure.

Purton rode a double in Hong Kong on Saturday aboard Rouge Et Blanc and former Australian galloper Washington Heights, but said both wouldn’t have won had he been riding in Australia.

Purton told local media that he feels encouraged to ride in Hong Kong, but doesn’t have the same feeling back home in Australia.

“In Australia, I’m doubtful whether either of them would have won under the new rules, I really had to get stuck into both of them and they only just won,” Purton said.

“At least I’m lucky enough to be riding in a place where I’m encouraged to ride winners – it doesn’t seem to be that way back at home currently.”

Another jockey to make headlines last week was Skye Bogenhuber in the Dalrello Stakes at Toowoomba.

Stewards charged Bogenhuber with failing to make sufficient effort to restrain her mount Happy Event at the 900m mark and allowed the filly to keep striding at the 800m after having “ridden aggressively in the early stages to obtain a position outside the lead.”

Bogenhuber went full bore in the 1200m listed event aboard the $7.50 chance and many punters were left angry as the favourite was forced to race Happy Event in the early stages, effectively destroying any chance of winning.

Bogenhuber protested that her mount had worked against her and she did everything possible to restrain Happy Event.

Bogenhuber was given a hefty suspension of two months for the ride, which commences on April 20.

Earlier this month we previewed top Kentucky Oaks favourite Songbird, but the talented filly was forced to withdraw with a low-grade fever.

Songbird is the highest-rated three-year-old in the world and was paying $1.33 to win the Kentucky Oaks and extend its unbeaten record to eight, but trainer Jerry Hollendorfer has put those dreams aside.

“She showed up with a temp one morning and we got on it right away,” Hollendorfer said.

“It never got to be a high temperature and we think she’s going to be fine but we don’t want to train her right now, so that’s why we’ll miss the Oaks.”

Hollendorfer will monitor Songbird’s health before any future plans are made for the champion filly.

“You know what matters the most? Taking care of Songbird,” he said.

“Forget about trying to win another Oaks. Those races are very difficult to win and everything has to go perfect for you to get there.

“Things didn’t go perfect and we’re not going to get there, but we think we have a great future with Songbird.”

Most bookmakers have failed to take Songbird out of the market, but Rachel’s Valentina will become the new favourite and should pay around the $3.20 mark.

With the withdrawal of Songbird, there are only six other runners currently accepted for the May 7 feature at Churchill Downs.

Melbourne Cup winner on the brink of comeback

2014 Melbourne Cup winner Protectionist is close to a comeback having last raced in the 2015 Caulfield Cup where it finished well down the course behind Mongolian Khan.

Back with former trainer Andreas Wohler and back on the softer European conditions. Protectionist looks likely to make a return to racing in the near future.

“There is no sign of all the issues he had over here which we expected,” Australian Bloodstock’s Luke Murrell said. “Those softer tracks they have in Europe have been the key.”

Murrell said the emphatic Melbourne Cup winner could return to racing in May and it could feature a run in the 2016 Melbourne Cup.

“The last two weeks he’s up to doing three-quarter (pace work). Royal Ascot is a possibility. It just depends how he comes up fitness-wise and how he’s going,” Murrell said.

“There’s no definite race to kick off but we’ll probably see him at the end of May or June all going well.”

The news of Protectionist’s comeback will please the ownership group which had to euthanise star galloper Magic Artist during the week due to a fractured pelvis and hip.

Bet on all overseas racing at Bet365.com.au.