Weir has one eye on Magic Millions with impressive 3yo Speedeor 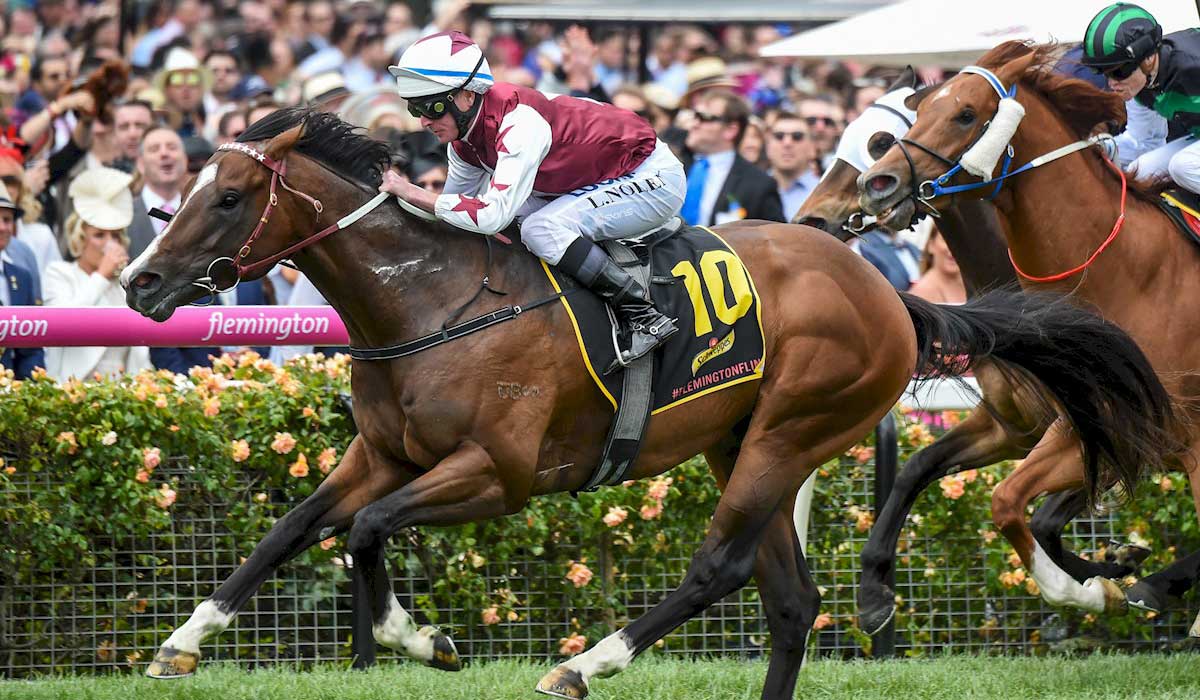 CHAMPION trainer Darren Weir has the Magic Millions three-year-old race in his sights after classy colt Speedeor ran his opponents into the ground in the Flemington Fling Stakes.

Luke Nolan took the $8.10 chance at WilliamHill.com.au to the front of the field at the 250m mark and booted away to finish in front of Biased Witness and Hellbound.

The outside track bias that was evident throughout the opening four races of the day was a non-factor for the Weir runner, who hit the front a long way out and stayed on strongly.

It was the second win from three starts for the colt out of Northern Meteor, and trainer Darren Weir has high hopes he has a progressive type on his hands.

“We thought the barrier was a bit of a problem, but (jockey Luke Nolen) got to the right spot then got to the outside late then ran through the line really strongly.” Weir said.

Luke Nolen said the stable has an exciting prospect on their hands.

“He is (exciting), he’s been well prepared by Darren Weir and all his team there.” Nolen said.

The jockey said he said the team always believed the horse had the ability to win on his Flemington debut.

“The only concern we probably had pre-race was the gate … (but) we ended up having a lovely run in the race.”

Despite the strong win Weir was reluctant to heap too much praise on his runner, instead electing to reserve judgement until he has another run amongst three-year-old company.

“If he runs well there, in the back of our mind we’ve got the Magic Millions three-year-old race there but he’s got a long way to go before he gets there.”

“Hopefully he can keep going forward.”