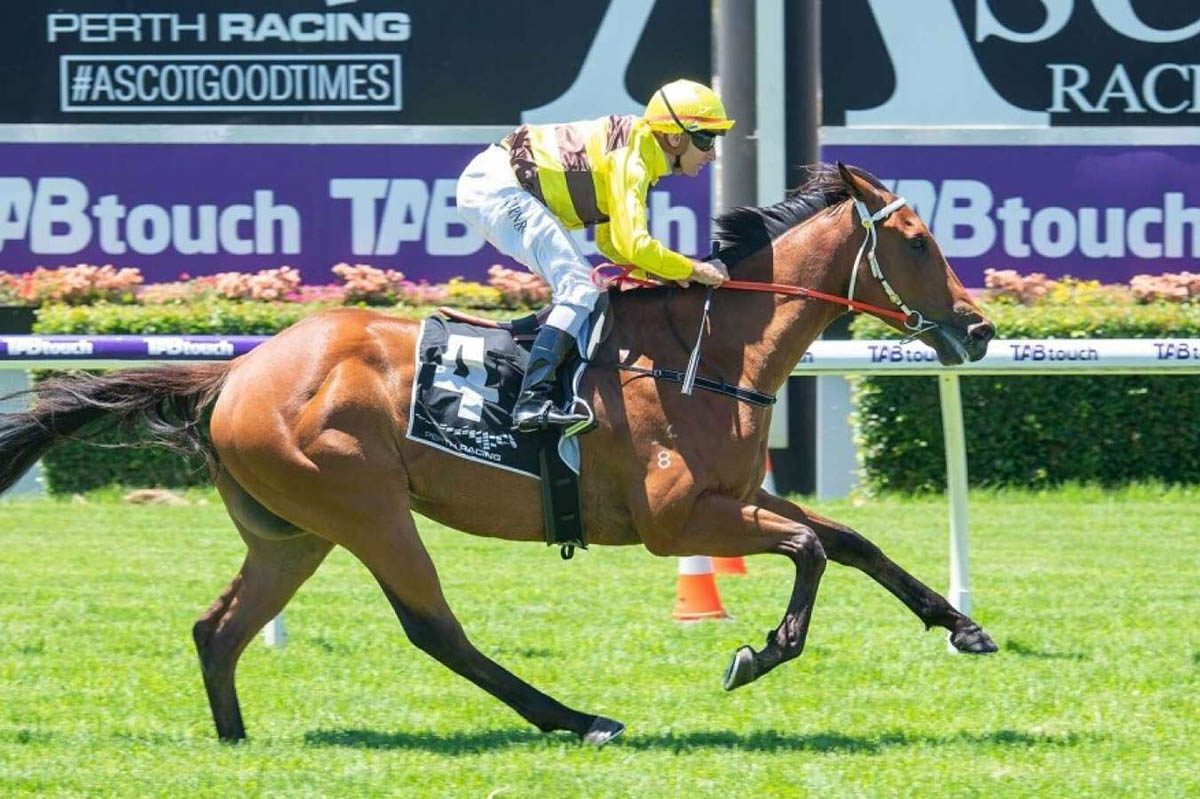 Like his legendary trainer Colin Webster, there shouldn’t be too much that will make Trix Of The Trade nervous in the Schweppes WATC Derby (2400m) at Ascot on Saturday.

In fact, the $2.35 favourite with the online betting sites will likely prepare for the $400,000 feature with a little pre-race snooze.

“He’s a horse who is very relaxed. You can just hose him down and walk him around, and he just goes to sleep in the stall until race time,” Webster told racingonline.com.

“With a stayer you want them relaxed like that.”

Those pre-race kips aren’t a result of fatigue, either.

The fast-developing stayer will start the seventh race of his preparation on Saturday – but he is in excellent condition.

The three-year-old gelding has won four of those six races, a highlight when he saluted in the $125,000 Misty Valley Greenfields Lodge Breeders Classic (1400m) at Bunbury Turf Club on January 30.

“He’s had a long prep already, so after Saturday he’ll go straight to the paddock,” Webster said.

“He’ll have a good spell and come back for the Christmas carnival here.”

Webster is delighted at the progress Trix Of The Trade has made this year.

On Saturday, the prizemoney will be almost six times that, and the distance will be double.

Trix Of The Trade finishing one length behind winner Alaskan God (for Daniel Morton) in the $125,000 Schweppes Melvista Stakes (2200m) last start at Ascot on March 26 was highly pleasing for Webster.

That was because it displayed his rapid progression as a competitive stayer.

“We’re over the moon with him. He’s done a great job. He’s a lovely, sound horse and we think he’ll have a bright future after tomorrow,” said the respected Webster, a trainer since he was 21 in 1961, and who was presented with a Centenary Medal from the Queen in 2003.

Webster has no doubt Trix Of The Trade will be highly competitive in the “grand final” of his preparation, and with Troy Turner aboard.

Turner has ridden him for all 10 of his career starts, which have brought about seven victories, and he has 44 wins this WA jockeys’ premiership season.

“It’s very, very good (the combination between Trix Of The Trade and Turner). Troy rides him in trackwork every day. He looks after him really well,” Webster said.

“Troy judges his runs well and he’s done a good job on him.

“He (Trix Of The Trade) is only three and he’s got a pretty good record so far.”