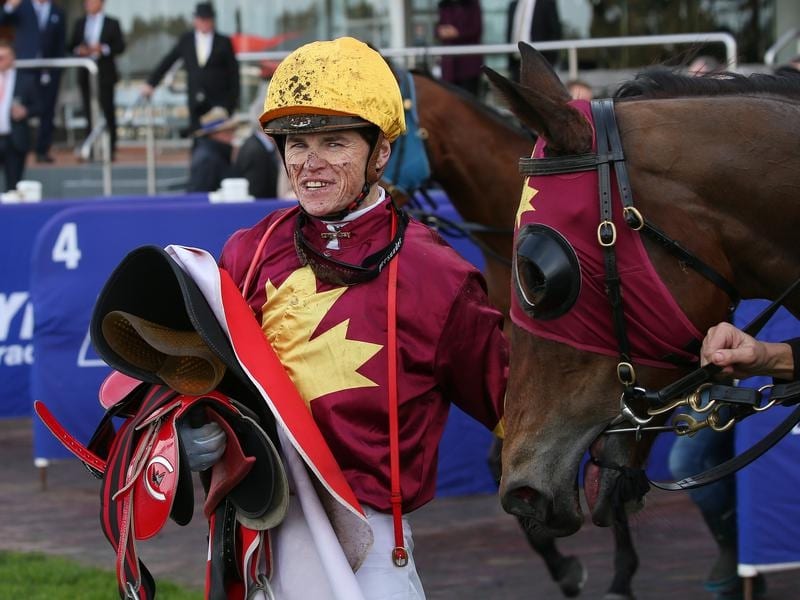 Trainer Mark Webb is favouring the idea of an attempt at repeating history with Miss Iano when the mare runs at Caulfield.

Miss Iano holds a nomination in three races at Caulfield on Saturday, an 1100m mares’ race, an open handicap over 1400m along with the Group Three Bletchingly Stakes.

Webb favours the first option, a race Miss Iano was successful in 12 months ago, but said he would monitor acceptances for the Bletchingly Stakes in case that race falls away.

“If anything I’m leaning towards the mares’ race but she is up in the weights a bit,” Webb said.

“The Bletchingly could drop away a bit, but you are still racing against horses with pretty high ratings.

“She’s probably not quite up to competing against those high-grade horses, but we will monitor it on Wednesday morning.”

Miss Iano has 61kg against the mares and would carry 56.5kg in the weight-for-age Bletchingly Stakes.

It has been 11 starts since Miss Iano’s victory in the corresponding race last year although she did go close to landing a betting plunge when touched out at Caulfield last start.

In what took an eternity, Miss Iano was judged to have finished second to Our Campana with the official margin being a nose on July 11.

“You think they would have called it a dead-heat, but with incredible technology and the pixels in the cameras these days they can determine a margin.”

Miss Iano commenced her campaign in April and will be lining up for her eighth start of the preparation on Saturday.

While such a hefty workload may stop other mares, Webb said Miss Iano continues to thrive.

“She worked on the grass at Caulfield this morning and did it nicely,” he said.

“She’s a straight forward mare that is pretty push-button and if everything goes her way she can be right in the finish.

“She just needs a bit of speed on in her races, but Caulfield seems to suit her.”

Miss Iano turns seven on August 1 and Webb is unsure how long the mare will continue to race.

“A spring campaign has been discussed but the owner is a breeder and he’s also contemplating sending her to the breeding barn this year,” Webb said.

“He’s sitting on the fence, but spring might be slightly lighter this year than other years.”