Was Press Statement retired too soon? 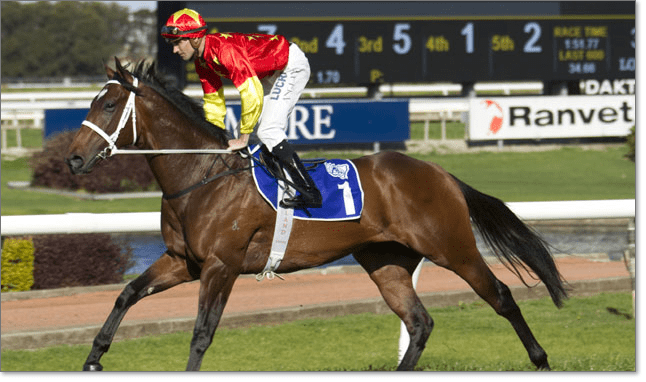 MULTIPLE group 1 winner Press Statement has been retired to stud following its fifth-placed finish in the Group 1 All Aged Stakes at Randwick on Saturday.

The Chris Waller-trained colt will head to Vinery Stud with manager Peter Orton saying the decision was tough, but the two-time group 1 winner is a nice addition.

“With the way the stallion market is, he is right up there as the most desirable first season stallions about so the economics makes sense,” Orton said.

“He was a little flat last Saturday and when we looked at the three options we decided it made more sense to retire him now.

“We did not go on with the Royal Ascot entry, it was either go to Brisbane or spell and come back in the spring, but he is a group 1 winner at two and at three and there is not another three-year-old colt in the country with those credentials.”

Press Statement has shown all the signs of a good stallion in the making and will become the first son of Hinchinbrook to become a stallion.

“Apart from his race record Press Statement is an outstanding individual and the first son of Hinchinbrook to go to stud,” Orton said.

“Hinchinbrook is a good young emerging stallion but one of his key assets is that he is a half-brother to Snitzel which is an important element from a new stallion perspective.

“Press Statement was unbeaten at two and the dominant winner of the Caulfield Guineas in the spring, that race acknowledged as a stallion making race.

“With his group one record and physique we believe he has all the necessary attributes to succeed at stud.”

The 2016 Caulfield Guineas is shaping up nicely with the Blue Diamond, Magic Millions and Golden Slipper form going through the market.

Flying Artie is the current favourite at Sportsbet.com.au and many punters are expecting it to see out the 1600m distance, whereas noted sprinters Capitalist (Magic Millions and Golden Slipper winner) is at $5.50 and Extreme Choice is paying $7.50.

The best stallion prospect in the upcoming Guineas at Caulfield on October 8 is El Divino. The Gai Waterhouse-trained colt is a half-brother to champion mare Winx and with an unbeaten record at three, it looks a potential stallion in the making.

$13 available at Sportsbet for El Divino.

Vinery Stud made another high-profile acquisition this week by adding the group two-winning Headwater to their already impressive stable.

Headwater showed plenty of ability as a juvenile when winning the Group 2 Silver Slipper and totalling more than $460,000 in stakemoney throughout its career.

“Headwater is a really exciting prospect with everything commercial breeders want in a stallion,” Orton said.

“He is a horse with immense quality and is sure to be popular amongst breeders being a son of a proven juvenile sire, strong stakes winning family and brilliant racetrack performances of his own.

“Apart from the fact he is a two-year-old group winning son of Exceed And Excel, his female family is arguably one of the best in the Australian Stud Book.”

Darley Stud also released the fee for recently-retired colt Exosphere. The group one winning three-year-old will stand for $27,500 at Kelvinside in the Hunter Valley.

Exosphere won the 2015 Golden Rose, but was retired after only 10 starts due to a string of poor performances.