Wakari on song for Hastings 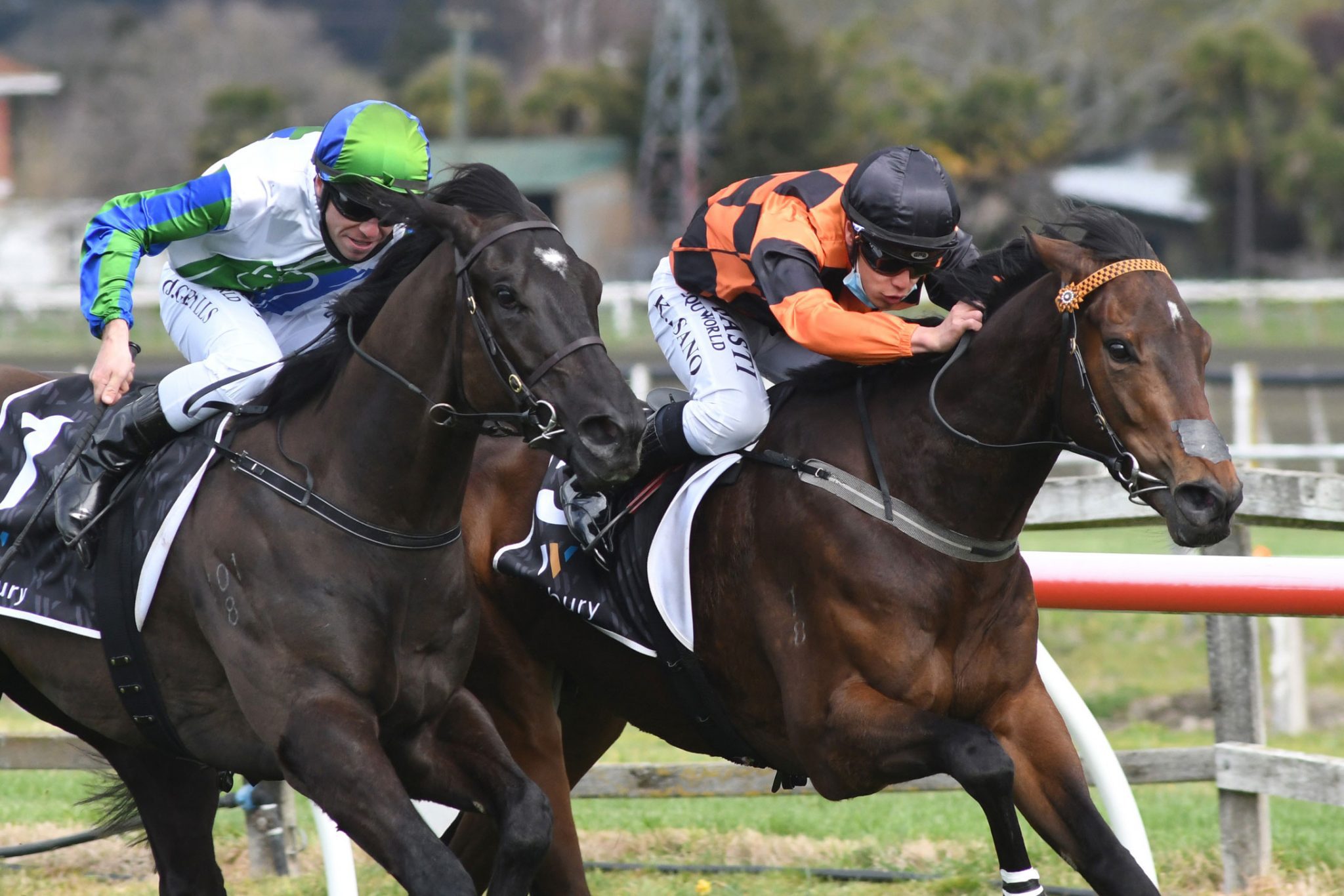 Exciting three-year-old Wakari will have his final hit-out ahead of his trip south to Riccarton next month when he contests the NZB Ready To Run Sale Trainer Series 3YO 1300 at Hastings on Saturday.

“He’s a competitive horse and tried really hard (in the Guineas),” Bergerson said.

“He didn’t get the luck of the green on the corner. Sam (Collett, jockey) said she wanted to get out and get going, but she tried to get out and had to go back to the fence where she said it was a bit slow. He tried hard but just got beaten by a better horse on the day.”

The son of Vespa was given a quiet week last week and Bergerson said he was pleased with his work on Tuesday morning ahead of his weekend test.

“He just had a quiet week after the Guineas and his first piece of serious work this morning he went really well, I can’t fault him,” he said.

Bergerson is confident of his horse’s chances heading into the weekend but highlighted fellow Guineas placegetter Drum Major as their major threat.

“Rogie’s (trainer Graeme Rogerson) horse went a good race in the Guineas as well, but hopefully we will be running one-two again,” Bergerson said.

All going to plan, Wakari will head straight to the Group 1 Al Basti Equiworld Dubai New Zealand 2000 Guineas (1600m) at Riccarton on November 6.

A stablemate who could join him on the float trip south is Reign It In.

The Sacred Falls gelding also holds a nomination for the 2000 Guineas and will likely contest the Hastings – Heart Of Hawke’s Bay 1400 on Saturday.

He won first-up over 1200m at Waverley last month and Bergerson is looking for a repeat performance this weekend to warrant a trip south.

“He found the line strongly (at Waverley) and I think the improved track conditions will help him too, he is a big striding horse,” Bergerson said.

“Hopefully he can run up to his last start. It will keep all the kids happy who own him, it will keep them off my back.

“If he did win or run an unlucky second he will head south.”

Bergerson will also be represented by Kapinos in the Power Farming 1200 and Town Cryer in the Tumu Group 1400.

“Kapinos went a cheeky race on the first day, he just ran out of condition. He was right in it until the furlong,” Bergerson said.

“Better track conditions will suit him. He will run a cheeky race on Saturday going on the way he worked this morning.

“Town Cryer ran really well the other day, I was really happy with her first-up performance. I would have liked to have gone to a mile, but there is not one there and there are not too many chances you can get to run for NZD$50,000 in a 65 rating.”

Meanwhile, Bergerson will have just the one runner at Tauherenikau on Thursday with Canucia contesting the Liquorland Masterton R65 1600m.

“It will be up to Lisa (Allpress, jockey) to try and get her in the clear. She has been running honest races and hopefully it will be her day in the sun on Thursday.”