Waddell up for Aussie challenge 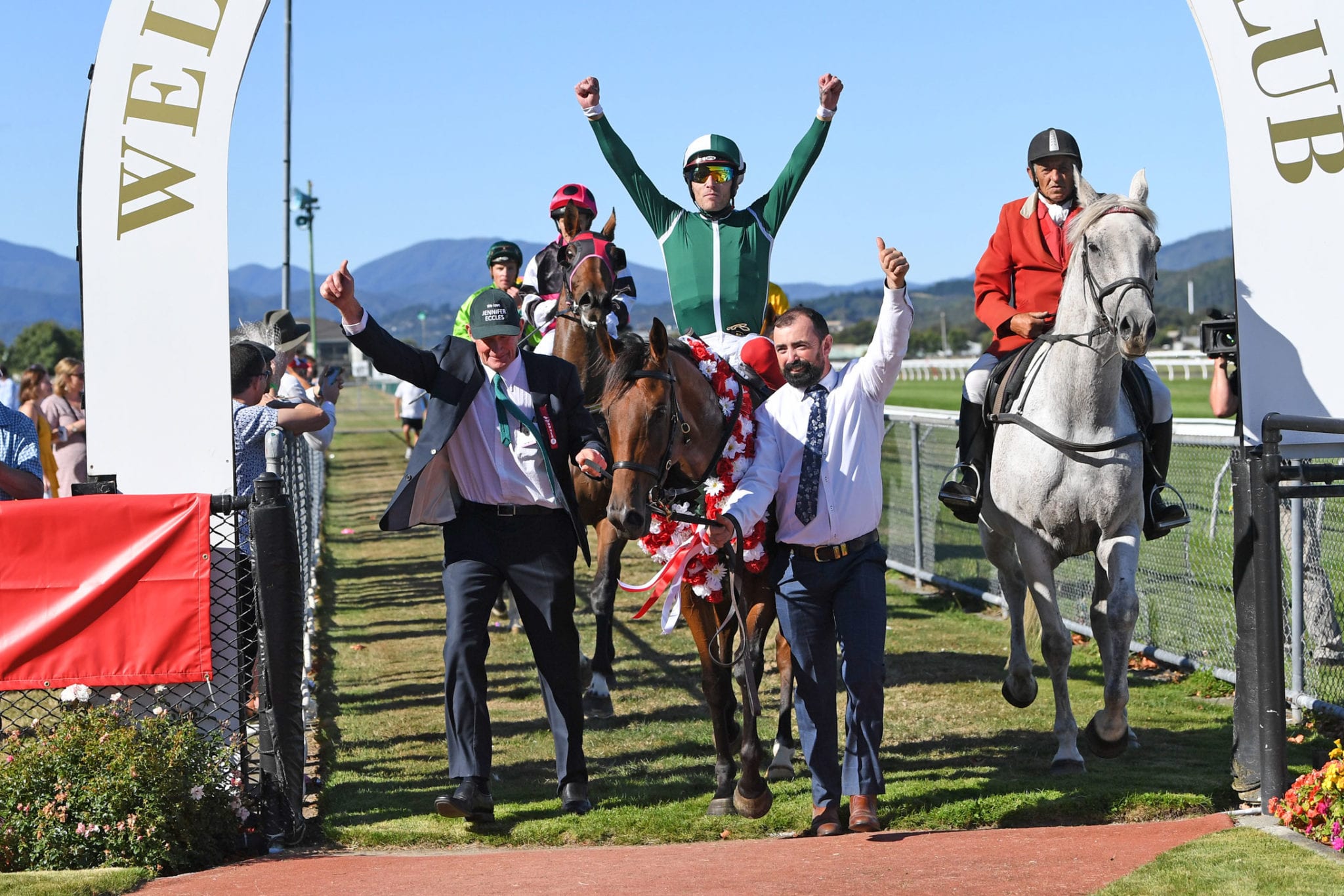 One of New Zealand’s top big-race jockeys is heading across the Tasman. Cambridge jockey Jason Waddell said he is at a stage in his career where he would like to test his talents in Australia. “I wanted to be a part of the ship that resurrected New Zealand racing, I really did, but sometimes you have got to do what is best for yourself and your family and go where the money is,” Waddell said.

The 34-year-old hoop previously enquired about a track rider position with Sydney trainers Gai Waterhouse and Adrian Bott last year, however, with his services not being pursued, Waddell’s hunger to prove himself grew. “That fueled a fire in me to get back out there on the track to prove to myself that I was good enough to go there, and I did that this season.

“I set myself a pretty hefty target of five Group 1s and 10 stakes wins this season, which I don’t think many jockeys achieve, and I ended up with four and 11. “I missed out on the last Group 1 (NZ Thoroughbred Breeders’ Stakes, 1600m cancelled due to Covid-19) on Supera, so I had a chance for five. “I thought my riding is good enough now to go overseas and have a crack. “My body is great, my mind is good, and my riding has been showing that this season.”

While Waddell has long held a desire to test himself across the Tasman, he said the uncertainty surrounding New Zealand racing over the last few months sealed his decision, including a reduction in opportunities with racing broadcaster Trackside. “I was interested in pursuing a career in media once I had hung up my boots and I was getting quite a bit of work for Trackside. “I was really interested in following that avenue, but with the recent cuts at Trackside I don’t even know if that avenue is going to be there for me later on. “That was one of the factors keeping me here.”

Waddell enjoyed his previous forays riding in Australia, and said he was impressed with the facilities and the professional systems in place for jockeys. “The last time I rode over there was two years ago with Vin De Dance in the Rosehill Guineas (Group 1, 2000m) and the Australian Derby (Group 1, 2400m),” he said. “I had previously ridden in Sydney on a couple of other occasions. My only winner has been at Flemington on Tavistock in the Group 2 Blamey Stakes (1600m). “The systems that they have got in place and the support they have for jockeys is great. “I am a little over New Zealand’s tall poppy syndrome as well, to be honest.”

Waddell has enjoyed riding Group 1 New Zealand Oaks (2400m) winner Jennifer Eccles this season and he said he will base his initial Australian movements around her spring campaign. “I am probably going to base my spring around Jennifer Eccles, if they want me to continue riding her,” Waddell said. “I will go to Melbourne first and we’ll see if we settle in well there. “If they don’t want me sticking with Jennifer Eccles then I might go straight to Sydney.”

Waddell is keen to establish himself before relocating his young family. “It’s too big of a move to move everyone over there when I am not sure where we are going to be settled,” he said. “I have got to be pretty selfish and work hard on my weight, my fitness, and my career when I am over there. “But my wife (Anna) understands that and she is happy about that.”

While he is looking forward to the move, Waddell said he would consider travelling back to New Zealand to ride in some of the bigger carnivals. “I definitely want to come back for the Christmas carnival,” he said. “The quietest time in Australia is their Christmas period, so I am definitely keen to come back and ride at the carnivals for the big Group 1 races if it doesn’t clash with my schedule over there.”

“I would like to be over there within six weeks to two months. It is going to take me a month to get my base fitness back up over here and maybe ride at a couple of trial meetings and some of those first meetings in July. “I would like to be there before August and hopefully bank on a few of the Aussie jockeys taking a little bit of a holiday before the spring kicks in and there might be a few little spaces there for me.”