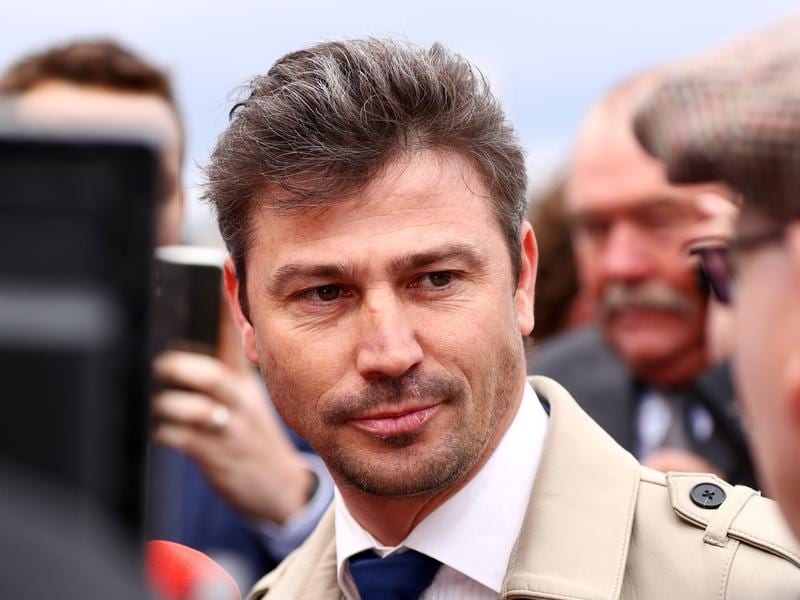 Trainer Brent Stanley had been hoping to pinch a good spring race with Violate who returns after a short break at Flemington.

Violate runs first-up at Flemington on Saturday over 1400m in the Yuletide Handicap, a course and distance he has been successful at fresh in two of his past three preparations.

Most recently, he pulled up sore and his spring was over after his fifth behind Rich Itch in the Paris Lane Stakes (1400m).

“He sprained a hock in that race,” Stanley said.

“It wasn’t serious, just enough to make him short in his action and needing five days box rest.

“I ended up giving him ten days to make a good thing of it and brought him back up slowly.”

Stanley said Violate had had two jump-outs to prepare for Saturday’s return adding that his work on Tuesday morning was as strong as it has been ahead of any of his previous first-up victories.

“Without being arrogant, he’s a much better horse than them when he’s right, and hopefully he is right,” Stanley said.

“He’s not 100 per cent fit, but he races really well when he’s like that, especially when fresh, so fingers crossed, he’ll be terribly hard to beat on Saturday.”

Stanley wants to set Violate for an autumn campaign and is mindful of not over-racing the gelding in summer.

“He’s got the ability,” Stanley said.

“But I’ve got to pick and choose where I send him now.

“He’s got 59-1/2 (kilos) on Saturday, so if he wins he’ll go up in the weights and then it will be the handicapper who determines where he goes.

“But if he wins on Saturday, it will be a good worry to have.”