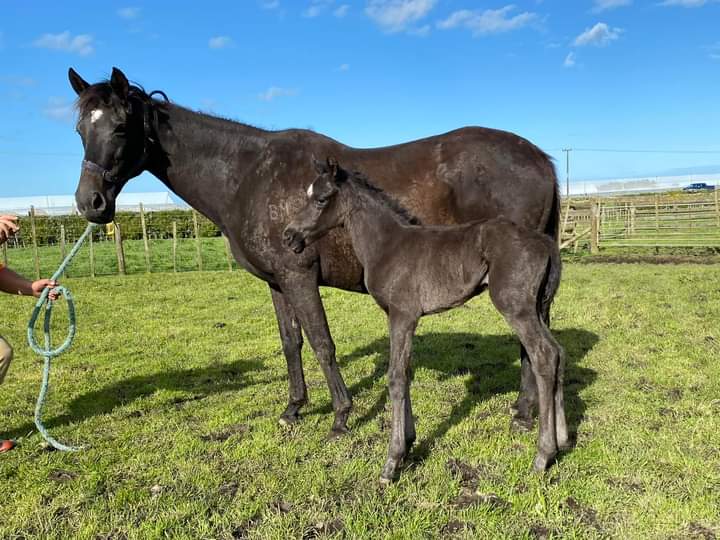 Broodmare gem Opulence has passed away after foaling a healthy Zed filly at Grangewilliam Stud on Saturday.

The 17-year-old Danroad mare was crowned New Zealand Broodmare of the Year for the second consecutive season at the New Zealand Breeding Awards last month after the deeds of her 11-time Group One-winning daughter Verry Elleegant and stakes-winning son Verry Flash both sired by Zed.

Grangewilliam Stud has been home to Opulence for the last decade and she has brought much acclaim to the South Taranaki farm through her lucrative matings with resident stallion Zed.

Farm principal Mark Corcoran was devastated by Opulence’s death but took solace that everything was done to try to save the mare.

“She foaled in the early hours of Saturday morning and had a cracking filly. She was fine all day and then in the afternoon she went for a trot,” Corcoran said.

“While she was jogging around she had an internal bleed.

“On vets advice we put her on a truck to take her to Massey University’s surgical clinic and unfortunately she died en route.

“We have just done a post-mortem this (Sunday) morning and she had ruptured the uterine artery and had an internal hemorrhage.

“It is really upsetting, but that is breeding.”

Corcoran said her filly foal has been doing well and she has now been paired up with a foster mare.

“The filly is fine and we have now got a foster mare for her. She is a lovely filly and we are just rapt it was a filly,” Corcoran said.

“Don Goodwin, the breeder, will be keeping her, that’s for sure.”

Corcoran said Opulence has been a great advocate for the farm, particularly through the deeds of Verry Elleegant, who is now plying her trade in France where she placed in the Group 2 Prix Foy (2400m) last weekend.

“She (Opulence) has been a real flagbearer for us and has given us plenty of profile, which has been great,” Corcoran said.

“She has been New Zealand Broodmare of the Year for two years running and has left some great foals.

“Verry Elleegant was a Champion in Australia and last week she looked well and showed her true fighting spirit.

“Opulence isn’t a one-hit wonder, with Verry Flash having won 11 races, including one at stakes level.

“Her Haradasun, Grand Prospect, won a race the other day so hopefully he wins a few more.”

Opulence also has a Zed yearling colt, which will be the last of her progeny to be offered to the public as a yearling next year.