Vancouver set to be sold to leading NSW stud 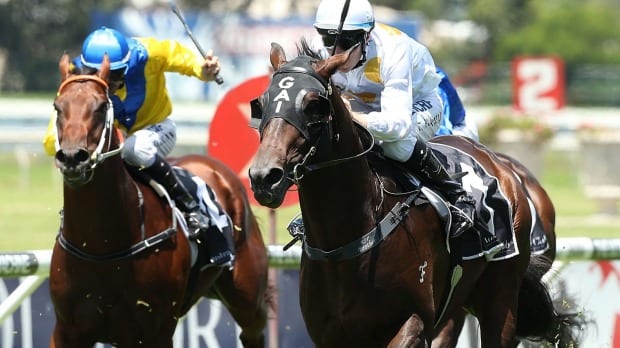 BOOM colt Vancouver is said to be in the process of being sold to one of the Hunter Valley’s largest thoroughbred studs, with unconfirmed reports claiming the deal is worth a massive $40 million.

Purchased for just $185,000 at the 2014 Magic Millions Yearling Sale, Vancouver has already been a gem for its connections, with prize money earnings of over $2.3 million.

The Gai Waterhouse-trained two-year-old is hot property at the moment, having won each of its four starts, including the Group 1 Golden Slipper earlier this month.

After its win in the Slipper, Waterhouse made the decision to send Vancouver for a spell, with her intentions being to target a Group 1 treble in the Spring as a three-year-old in the Golden Rose, Caulfield Guineas and the Cox Plate.

Vancouver is quickly becoming one of the most valuable stud propositions within Australasia, being a regally-bred son of Medaglia D’Oro and Skates. Its sire was a multiple Group 1 winner and is already proven to be a sire of champions, having produced the superstar American filly, Rachel Alexandra.

Waterhouse has remained tight-lipped in regards to confirming or denying the expected sale.

Follow CupsBetting.com for all the news on Vancouver as the story develops.