Vancouver out of triple crown contention 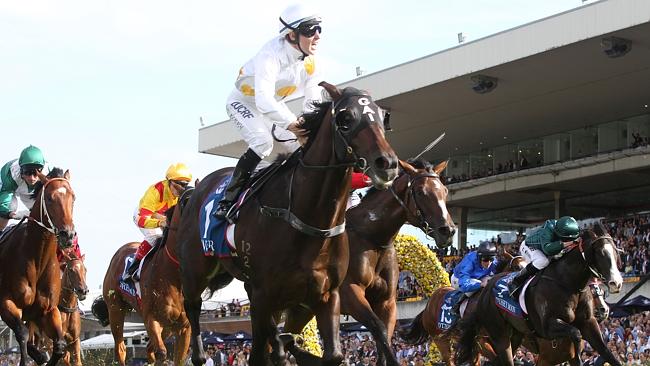 STAR colt Vancouver has been removed from betting markets for the Group 1 Sires Produce Stakes after it was confirmed he would not be pursuing his quest to claim the 2-year-old triple crown after his thrilling victory in Saturday’s Group 1 Golden Slipper.

Leading hoop Tommy Berry, who has ridden Vancouver in three of his four wins to date, has previously said that he felt that his mount had what it takes to become just the seventh winner of the two-year-old triple crown – consisting of the Golden Slipper, Sires Produce Stakes and the Champagne Stakes, but that is now off the table with the Gai Waterhouse stable confirming the horse would now go for a spell.

Waterhouse has said she was keen to protect the three-year-old career of the Golden Slipper winner and that she would bring him back in the new season to try and win the Group 1 Cox Plate at Moonee Valley, the only major race on the Australian thoroughbred racing calendar that she is yet to win.

A son of Medaglia D’Oro and Danehill mare Skates, Vancouver was the heavily-supported favourite to take out the $3.5 million dollar Golden Slipper on March 21 and put in a phenomenal performance to overcome the outside barrier and score after sitting three wide with cover throughout the run.

The favourite to win the Sires’ Produce is now the Peter and Paul Snowden-trained Pride of Dubai, the winner of this year’s Blue Diamond Stakes ($4.60 with William Hill) ahead of Ready For Victory ($6.00) and English ($7.50), which ran second to Vancouver in the Golden Slipper.

Other suspected race targets for Vancouver come spring time include the Golden Rose and Caulfield Guineas.

Vancouver is currently rated a $17 chance to win October’s Cox Plate with leading bookmaker William Hill. The favourite is Contributor at $8.00 which won the Group 1 Ranvet Stakes over 2000-metres at Rosehill on Slipper day. The next best in the high-quality early market is last year’s winner Adelaide ($11).