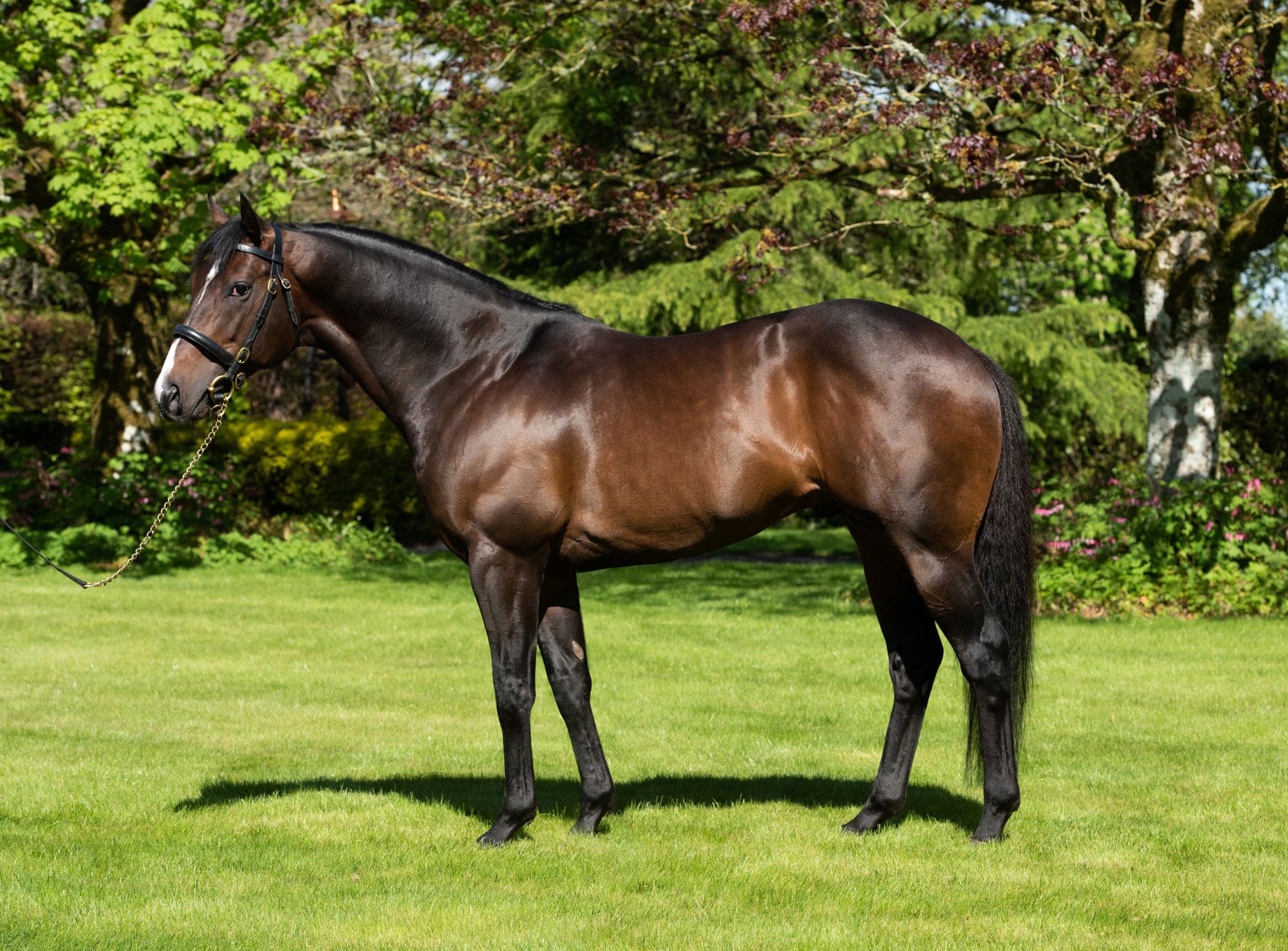 Multiple Group One winner US Navy Flag will bolster New Zealand’s The Oaks Stud’s stallion roster for the forthcoming breeding season, where he will stand at NZ$15,000+GST.

Formerly shuttling to Matamata thoroughbred nursery Valachi Downs, US Navy Flag has transferred to The Oaks Stud after a business model change by Valachi Downs principals Kevin and Jo Hickman.

“A consequence of this is that our stallion roster will reduce to our three domestic stallions – Vespa, Zacinto and Savile Row.”

A son of top international sire War Front, US Navy Flag is out of a four-time Group One-winning daughter of Galileo, Misty for Me, a Champion two-year-old and three-year-old in Ireland. He is also a brother to three-time Group One winner Roly Poly.

In doing so, US Navy Flag became the first horse in 35 years to land the Middle Park-Dewhurst double and he was subsequently crowned Champion Two-Year-Old in Europe, Great Britain and Ireland in 2017.

He returned at three to run second in the Group 1 Irish 2000 Guineas (1600m) before taking out his third Group One victory in the July Cup (1200m). He went on to be crowned Champion Three-Year-Old Sprinter in Europe, Great Briatin and Ireland.

Upon retirement to Coolmore Ireland, trainer Aidan O’Brien described US Navy Flag as a brilliant racehorse with a tremendous will to win.

“Speed is his biggest attribute, but his heart is his next biggest,” he said. “He never lies down and is an amazing horse.”

The Oaks Stud General Manager Rick Williams has welcomed the addition of US Navy Flag to the Cambridge farm’s stallion roster where he will join Darci Brahma (NZ$15,000+GST), Niagara (NZ$5,000+GST), and Roc De Cambes (NZ$5,000+GST).

“The Oaks Stud have been a supporter of US Navy Flag since he went to Stud in 2019,” Williams said.

“He has over 100 first crop foals and I have inspected approximately a third of them and they are as good a line up as I have seen.”

Downey is glad to see US Navy Flag continue to shuttle to New Zealand where he received strong support from New Zealand breeders in his first two seasons at stud.

“The real key of any stallion is of course the quality of progeny they leave, and this is where US Navy Flag shines brightest of all,” Downey said.

“The line of foals we have here by him at Valachi is as good as anyone could hope for in a first crop of foals.”

The first southern hemisphere weanlings by US Navy Flag will go under the hammer at the forthcoming New Zealand Bloodstock National Weanling Sale on May 14, where three colts by the exciting young sire will be on offer at Karaka.