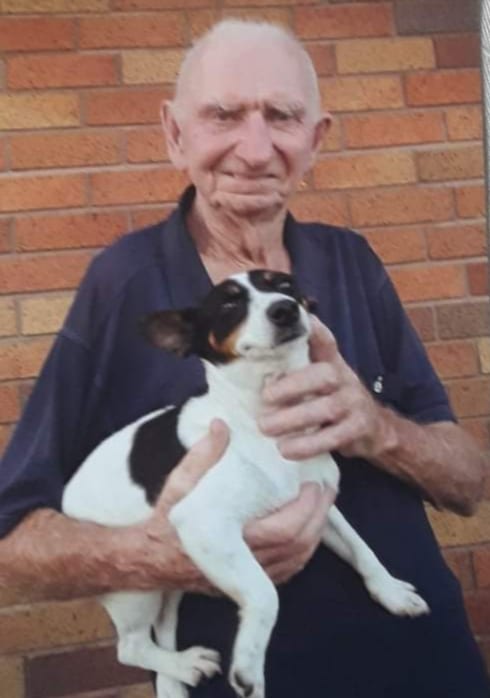 Les Jarvis, a former jockey and trainer who died last Saturday, can take credit for paving the way for two of New Zealand’s most courageous gallopers, the little champ McGinty and the iron horse sprinter Oranmore.

Jarvis (87) passed away in Tauranga Hospital, just down the road from the Greerton home he shared with his wife, Colleen, for most of his retirement. But his success as a trainer was enjoyed from his stables at Paeroa.

“Les had been out of racing for many years, but he still maintained an interest, watching Trackside with Colleen, who loves having her little bets,” Tauranga trainer Jim Pender said. “Les used to come down to my stables a lot, walking his dog. We became close friends and during lockdown I have been getting their groceries every Tuesday. “He was an unassuming guy, a private sort of a guy who never blew his own trumpet. We’d have a yack and he’d tell me some of the old stories, like taking horses down to Riccarton by train and starting the jumpers on all three days then coming straight home again. Horses these days wouldn’t be able to stand it.”

Those yarns with Pender also included McGinty and Oranmore. Though McGinty was trained by Colin Jillings and Oranmore for most of his career by his owner Joe Doran, Jarvis could feel responsible for playing a part in their lives.

Jarvis retold his McGinty story in a Bay Of Plenty Times’ interview five years ago: “The McGinty story started when I was away in England when my sister Hilda got hold of a mare called Crystal Bar. We sent her to Serenader II, who I assisted in bringing to New Zealand when I was in England, with one of her foals being Ernader.”

Jarvis trained Ernader, who proved to be a smart sprinter, winning eight races and running third to Blue Blood in the 1974 Railway Handicap (1200m) and second in the Group 3 Te Aroha New Zealand Thoroughbred Breeders’ Stakes (1600m) behind the “earlier” Melody Belle (trained by Ray Verner).

When Ernader went to stud, Jarvis became involved as a co-breeder for a couple of years, including her highlight, producing McGinty in 1979 and becoming the 1984 New Zealand Broodmare of the Year. McGinty was entered for the Trentham yearling sales, but suffered an injury and was withdrawn. He was then sold privately to race commentator Keith Haub, who took in Barney McCahill as his racing partner.

McGinty went on to be a star two-year-old, topping the 1981-82 New Zealand Two-Year-Old Free Handicap, and proving his class in Sydney in the 1982 Group 3 Todman Slipper Trial (1200m) at Randwick. Though towered over by Marscay and suffering a cracked cannon-bone and minus two front shoes, he refused to give in and got the better of Marscay, who went on to win the Group 1 Golden Slipper Stakes (1200m) in his next start.

McGinty recovered from the injury to become the top colt on the 1982-83 New Zealand Three-Year- Old Free Handicap and went on to record six Group 1 events in his 14 wins, including the Air New Zealand Stakes (2000m) twice and three Australian features. As a sire, his winners included the Group 1 winners The Gentry (New Zealand Derby, 2400m, and Air New Zealand Stakes), and Miltak (Auckland Cup, 3200m, and BMW Stakes, 2400m).

Before following the fortunes of McGinty, Jarvis enjoyed success with Oranmore and another top sprinter, Moon Rock. He trained Oranmore as a two-year-old and early three-year-old. In becoming one of the top juveniles of the 1974-75 season, Oranmore won two stakes events then as a spring three-year-old career he won three races for Jarvis. A great weight-carrier, Oranmore went on to win a total of 26 races, including stakes wins in Sydney and a third in the Group 1 All-Aged Stakes (1600m).

Moon Rock was also a good sprinter, winning 12 races for Jarvis and finishing third behind topliner Oopik in the 1973 Group 2 Great Northern Guineas (1600m) at Ellerslie. Jarvis went on record 93 wins as a trainer and, though he enjoyed success with flat performers, his first love was with jumpers, a fondness which went back to his riding days in the 1950s.

Growing up with horses on his family farm at Waihi, Jarvis became a Te Rapa-based apprentice and, despite some success on the flat, he found it hard to get opportunities so turned to jumps riding.

His biggest win came in an open hurdles at Trentham and the last of his 10 career wins was at the old Napier Park track in the 1954-55 season.

After retiring as a jockey, he did a 12-month stint at Alton Lodge then trained privately at Whangarei with never more than a couple in work at one time. He enjoyed early success with the jumper Revolution and Gold Sign (five wins), then had three years of working in stables in England before returning to the Waihi home farm in 1967, a move which led to setting up as a trainer at Paeroa.

Jarvis’ success with jumpers included three editions of the Pakuranga Hunt Cup (4900m) at Ellerslie, with Black Butt (1969) and Town Clerk (1975 and 1976) and the Taranaki Hunt Cup with Jazmans Gold, raced by his wife and ridden by his apprentice Kenny Mathews, who was soon after killed in an accident in Paeroa.

Town Clerk was ridden in the first of his Pakuranga Hunt Cup wins by Geoff Dickinson, who also served his apprenticeship under Jarvis. “I was always struggling with my weight as a jockey, but Les would always give me opportunities,” Dickinson said. “He was fair like that with everyone. He was a good boss and a good horseman.”