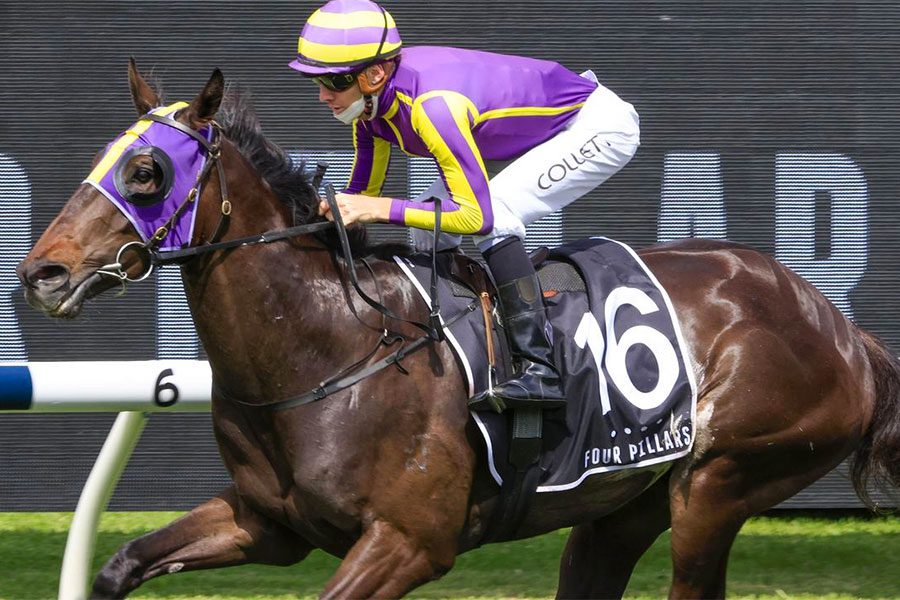 While the Stradbroke Handicap (1400m) was Kiss Sum’s target, trainer Tracey Bartley has had to settle for Plan B with his promising three-year-old.

After an unlucky runner-up performance in the Fred Best Classic (1400m) last start – a race which offers ballot exemption into the Stradbroke – Bartley and Kiss Sum’s connections had to hope that 13 horses above them in the order of entry for the Stradbroke wouldn’t accept in the $1.5 million race.

Kiss Sum will instead line up in Saturday’s Group 3 Gunsynd Classic over 1600m against his own age at Eagle Farm, a race which Bartley thinks will be right up his horse’s alley.

“He worked really good this morning, and he’ll be very hard to beat,” the Group 1-winning trainer told HorseBetting.

“We’ll just put him to sleep, and Jason (Collett) knows him really well. He’ll just bide his time and hopefully he can either come down the outside or wherever he can get a bit of clear room.”

The son of Shamus Award has somewhat flown under the radar through all 12 of his career starts, having won the inaugural $700,000 Four Pillars (1500m) at Rosehill Gardens in October, before placing second by the smallest of margins in the Provincial-Midway Championship Final (1400m) on Day 2 of The Championships at Royal Randwick.

Now, having missed out on a run in the Stradbroke Handicap, the 0.14-length defeat in the Provincial-Midway Final hurts just a little more.

“It’s a shame – if he wins that, he gets into the Stradbroke and then the other day up here,” Bartley said.

“So he’s unlucky, but we are lucky to be here with a quality horse like that and he’s put his hand up.

“He looks amazing. The last fortnight, I haven’t seen him look better.”

Bartley, who won the Stradbroke 15 years ago with Sniper’s Bullet, has followed a similar path this time around with Kiss Sum, except that his current galloper won’t be lining up in the Group 1 event.

“Definitely; we tried to go down that track with him and the horse to his credit went really good,” he said.

“They were quality colts he raced with.

“He just drew on the inside and it’s not his go really, but he run incredible and his runs were good in all of them.

“It was in the back of our mind that we were going to go this way with him – I don’t know whether I should have had him ready for Scone or something so he got a run in the Stradbroke, but that’s water under the bridge now.

“We just stuck with the plan and it didn’t quite come off, but we’ve got a really nice horse Saturday to run in this race.”

Kiss Sum currently sits on the equal-second line of betting at +400 in this Saturday’s Group 3 event, with Battleton the +360 favourite with Bovada.