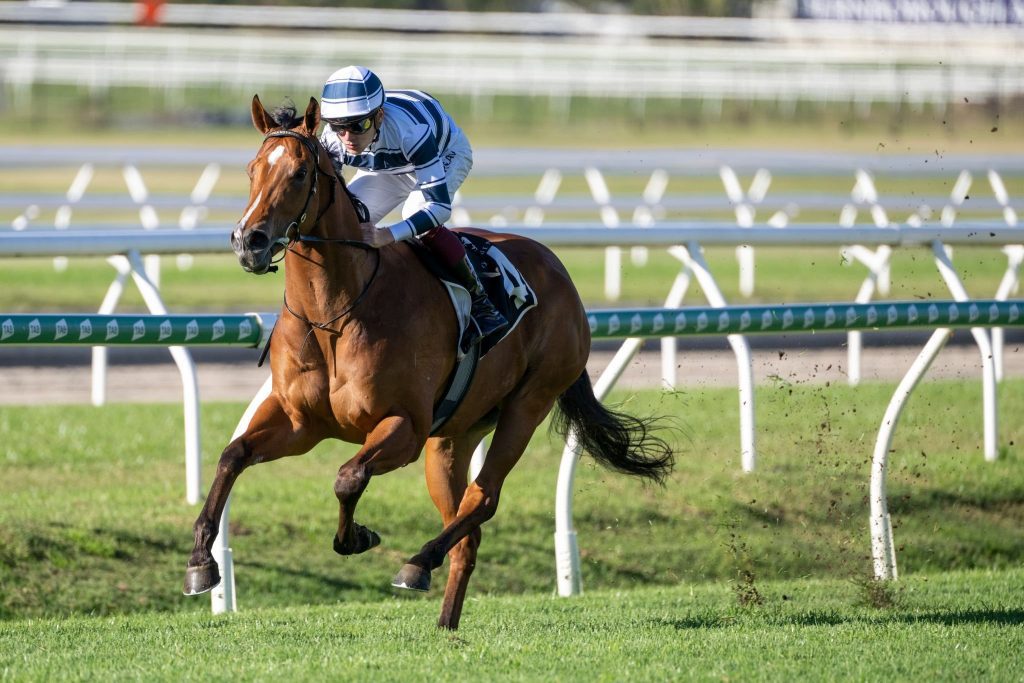 Highly promising Queensland sprinter Uncommon James took his winning streak to four with yet another dominant victory in the Listed Darby McCarthy at Doomben on Saturday.

The three-year-old son of Cable Bay started an odds-on favourite with online bookmakers following a stylish first-up win at Eagle Farm, and the punters got it spot on, as Uncommon James raced away to win comfortably.

Trained by Steven O’Dea & Matthew Hoysted, the talented horse will now head to Melbourne for the spring, with races at Caulfield and Moonee Valley earmarked for him.

While he only beat five opponents on Saturday, Uncommon James was forced back and wide from the outside barrier under Brodie Loy, but he didn’t once look in doubt as Loy idled up to the leaders on the point of the turn, before giving the horse his queue.

Uncommon James’ first-up win on June 25 came on the back of a 12-month injury let-off, so co-trainer Matt Hoysted said it was pleasing to see him return to the form he was in this time last year.

“It’s well documented – we had that injury with him – time was always going to be his friend,” the trainer said post-race.

“He was still quite immature as an early two-year-old when he was doing what he was doing, but now he’s matured into a man and the more racing he does, the more he’s only going to continue to improve. He’s definitely going the right way.”

With a Melbourne spring firmly in the stable’s sights with the four-times winner, Hoysted says that he is likely to race next in the Regal Roller Stakes (1200m) at Caulfield on August 13, before going to the Chautauqua Stakes (1200m) at Moonee Valley on September 3.

Uncommon James is likely to lead the charge in Victoria for the stable, with the Eagle Farm-based trainers hoping to take a small team to Melbourne.

What the three-year-old lacks in stature, Hoysted says he is perfectly compact, being built like a “little tank”.

“He’s never been overly big, he was sort of lighter – even a touch on the weaker side – as a younger horse and as a foal.

“Just with time, he’s continued to develop and he’s got a big, strong hind-quarter on him, and that’s where all the power comes from and he knows how to use it.”