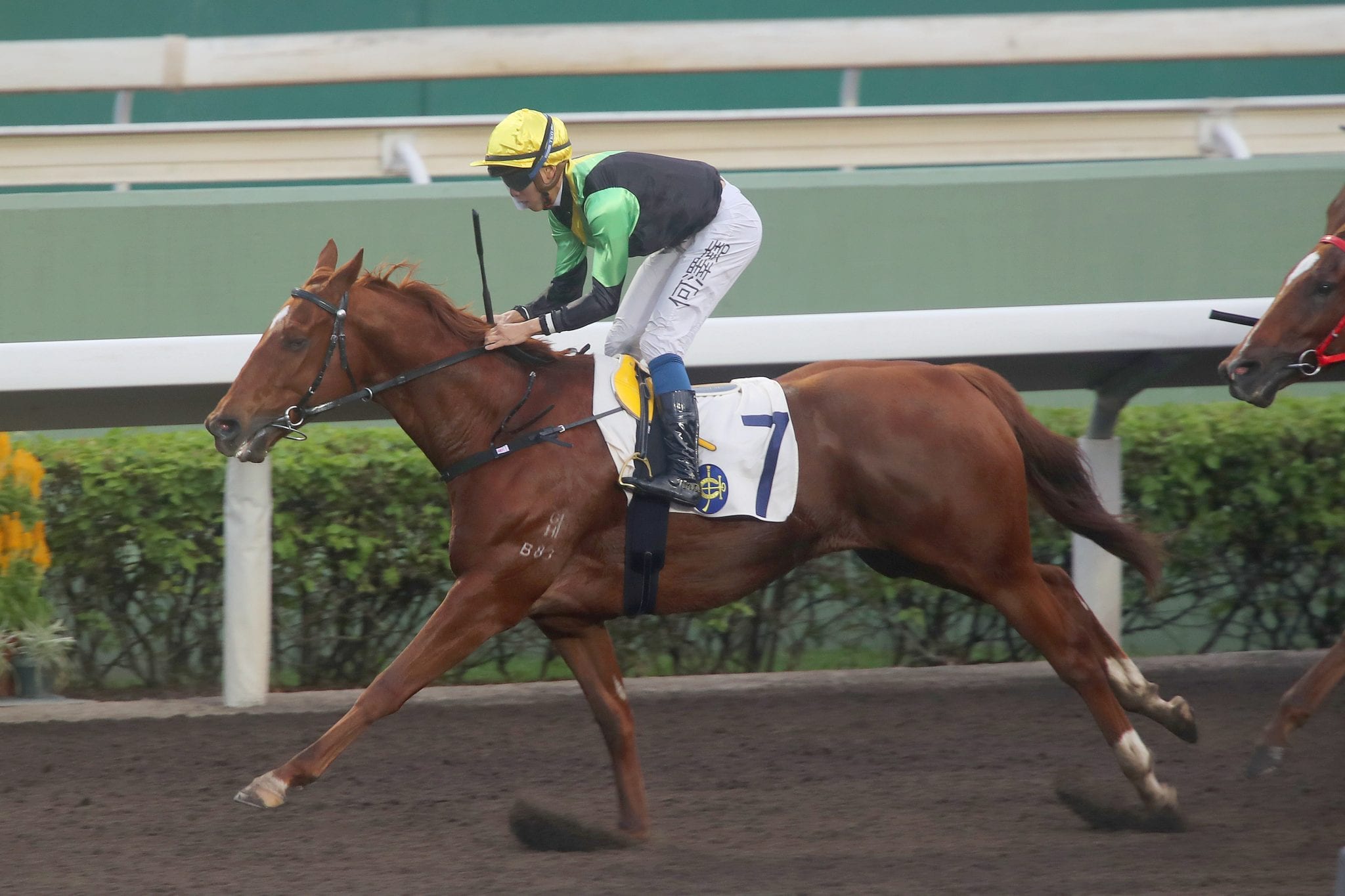 The four-year-old is shooting for a sixth course and distance triumph but faces stiff competition, with the John Size-trained Gunnison (133lb) setting the benchmark off top-weight.

“It’s an open race, a very tough race,” Tsui said this morning. “We’ve kept him fresh to come back to the dirt and he should run a good race. His last two runs at 1200 (metres) on the turf, I wasn’t too disappointed with those.”

Champion jockey Zac Purton takes the reins for the second time, the pair having landed a victory at the track and trip almost a year ago. The Australian was up top for a recent trial in which Ugly Warrior was kept under a hold in midfield.

“Zac was happy with him after the trial,” Tsui said.

The handler sent Fight Hero to South Korea for the KOR G1 Korea Sprint (1200m, sand), in which he was a narrow second, but will wait to see how results go in the coming months before making those plans for the 93-rated Ugly Warrior.

“It depends on the horse’s performance,” he said. “We’ll let him show us. We can have ideas to go for this or this but we’ll let the horse show us if he has the ability to do it.”

Ugly Warrior will break from gate one.

Trainer Peter Ho will oppose with the lightly-raced four-year-old I Am Power (115lb), who has his second start on the dirt having placed a good third on turf last time behind Refined Treasure.

“He trialed on the dirt when I first got him on dirt and I thought he handled the surface quite well. His last run was very good but there are not many races in the programme for him so that’s why I’ve put him on the dirt,” the trainer said.

“Frankie Lor’s apprentice, Alfie Chan, will ride him, so with the 10lb claim the horse will have a featherweight and with the way he trialed on the dirt, I think he has a chance to perform well.

“He’s a European horse so he is still improving. I think he’ll run a very good race.”

In the Class 3 Swan Handicap (1200m), also on the dirt track, the Tsui-trained Winner Supreme will attempt to make it three on the bounce at the track and trip, with Neil Callan in the saddle for the first time.