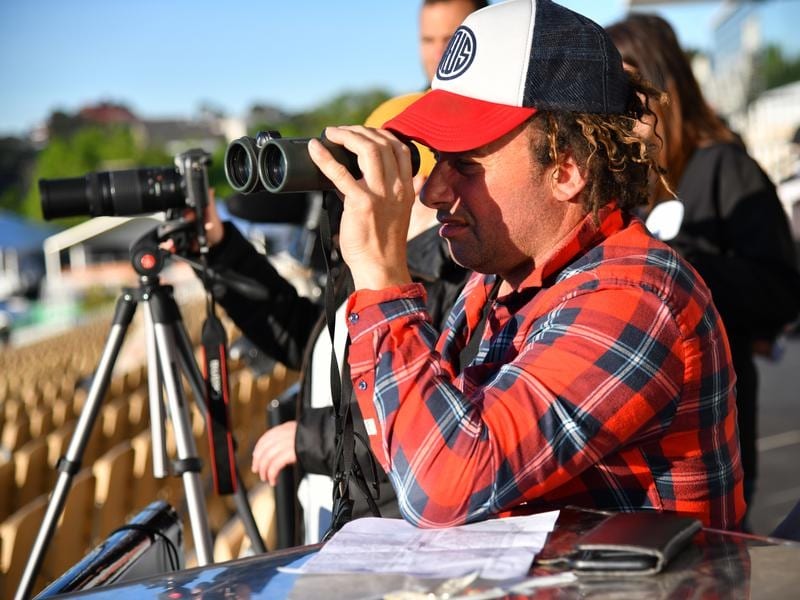 Propelle has been unplaced in two previous attempts over the Flemington straight but co-trainer Simon Zahra believes the mare is poised for a much better showing at her next attempt.

The four-year-old’s two previous runs on her home track were a fifth in a 2YO Handicap over 1100m in June last year and second-last in the Group Three Red Roses last month.

Propelle is considered among the leading chances in Saturday’s Festive Season Sprint (1200m) coming off a luckless third in a race at Pakenham on December 7 and Zahra is confident the mare is knocking on the door of a win this campaign.

“She should have won the other day,” Zahra, who trains in partnership with Mathew Ellerton, said.

“This will be her third go up the straight. Her two previous runs have been average but she probably had genuine excuses both times.

“She was on the way down both times and got a bit lost.

“She has a different style of racing now where she can get a bit of cover and enjoy it.

“She looks awesome. She is third-up off a big spell in which she did quite well and I think it will be ideal for her on Saturday.”

The stable also has three-year-old Parmie running in Saturday’s Christmas Race Day Trophy and Zahra believes she is a stakes-class filly in the making.

Parmie won two city races in Melbourne over 1400m as a late-season two-year-old earlier but Zahra said the spring came around too quickly.

Parmie resumed at Pakenham on December 7 over 1000m, finishing sixth in a race won by Star Surprise but Zahra said there was merit in the performance over a distance which has been shown to be too short.

“She goes straight up to 1400 metres now which is going to suit her,” he said.

“She’s still got a bit of improvement in her because she’s still a bit wintry.

“But I thought on her last run she was right in it.

“She’s by Snitzel and she was winning these jump-outs and we thought she was a sprinter. But it turns out she’s probably a miler.”