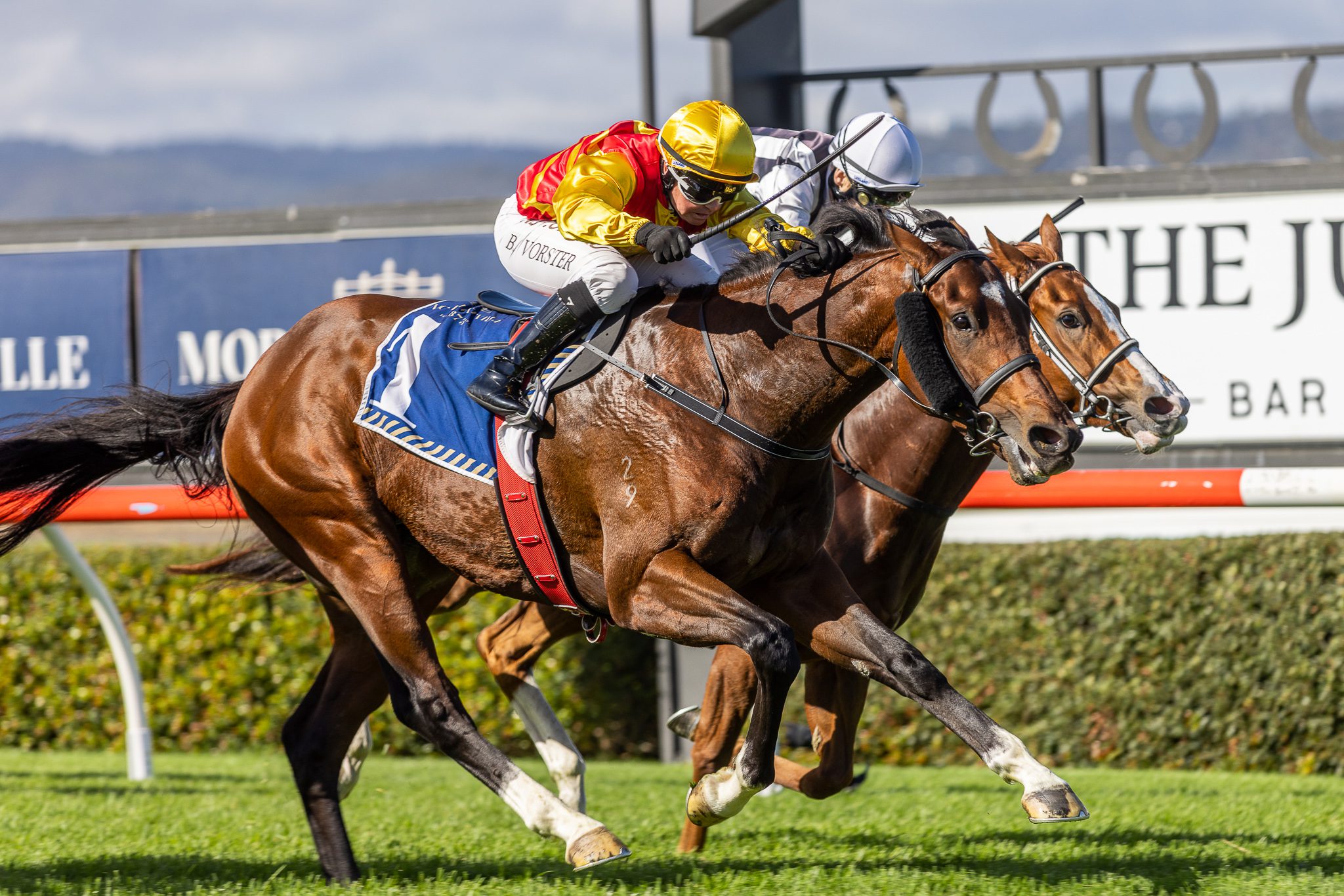 He knew his two-year-old colt had enough left in the tank to hold off the competition from there, and that was exactly what happened.

“It helped getting that nice draw (barrier three) today. I always knew once he had that run under his belt (second in the Breeders’ Stakes at Morphettville on April 30) he was going to bounce back,” Vorster told Racing.com.

“He landed in a good spot today and it helped me bide my time a little bit turning for home.

“I was able to just get outside the runners when I needed to, and it felt like he got there a bit early because the last 100 he was waiting for company.

“It felt like he was going to pick up and go two lengths away from them. But as he got a length on them he just floated a bit.

“That’s why I was happy I got him there when I did. They didn’t have time to get him late.

“He maintained his run through the line. I like that he’s an exciting colt.”

Like Vorster, trainer Tony McEvoy – now with five Sires’ Produce Stakes wins from the past 10 years – knew Twin Stars would improve from his last start.

“He was very good first-up in the Magic Millions (second in the SA 2YO Classic over 1200m at Murray Bridge on March 5), and was great the other day behind what looks like a smart two-year-old (See You In Heaven).

“And then the JJ Atkins over a mile.”

Following Saturday’s win, Twin Stars is a $21 chance with online betting sites for the Group 1 JJ Atkins on June 11.