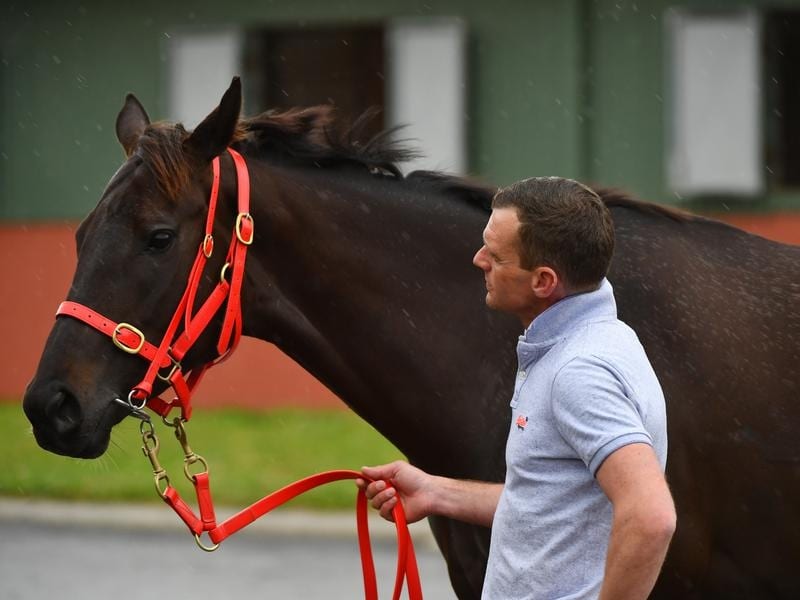 Trainer Adam Trinder has given star mare Mystic Journey a glowing report after watching the Group One winner cruise around in a barrier trial at Devonport as she builds towards her race return.

Mystic Journey finished fourth in an 800m heat on the synthetic track on Tuesday but Trinder said the rising five-year-old did everything he wanted to see in the mare’s first trial of the preparation.

Next month’s Group Two PB Lawrence Stakes (1400m) at Caulfield is the race the Tasmanian trainer has pencilled in for Mystic Journey’s return, the same race she won first-up last year.

“I was really happy with her trial,” Trinder said.

“She just trialled up on the bridle which will bring her forward for where she needs to be for a more serious trial in two weeks and then hopefully she will kick off in the Lawrence on the 15th of August.

“We just wanted her there to exude a little bit of nervous energy without asking anything of her.”

The trial was won by Century Arrow in the fastest of the 10 heats over 800m on the day, with Mystic Journey finishing just over 1-1/2-lengths from the winner.

“He thought she felt fantastic and her enthusiasm levels were good,” Trinder said.

“She trialled exactly how we wanted her to. She’s on track.”

The 2019 Lawrence Stakes is Mystic Journey’s most recent victory, having finished second in the Group One Makybe Diva Stakes and fifth in the Turnbull Stakes and Cox Plate in her other three starts last spring.

Mystic Journey’s only run during this year’s autumn was an eye-catching fifth in the Group One William Reid Stakes (1200m) at The Valley in March.

After the Lawrence, Trinder plans to run Mystic Journey in the Group One Memsie Stakes (1400m) at Caulfield on August 29.

“Then we’ll see as to which direction we take after that,” he said.

“I’d suggest she would go to the Makybe Diva Stakes after that but we’ll get through the first two runs and see where we’re placed.”

Mystic Journey has won 11 of her 18 starts highlighted by victories in the Group One Australian Guineas in March last year and the inaugural $5 million All-Star Mile at Flemington two weeks later.