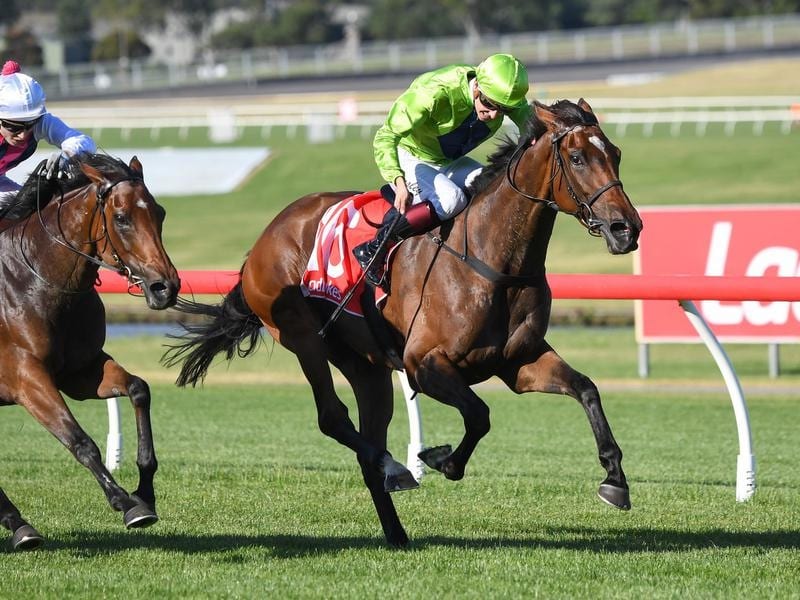 Symon Wilde believes in-form mare Tralee Rose could be a stayer of the future and that is why he regards her Flemington assignment as imperative.

Wilde will run Tralee Rose over 2530 metres in the Brew Stayers Trophy on Saturday when she will be trying to take her record to four wins from as many starts this preparation.

Wilde has such a big opinion of her, he is even looking as far ahead as next year’s spring carnival.

The Warrnambool trainer said if Tralee Rose could win at Flemington he would aim her at The Andrew Ramsden Stakes in May over 2800 metres, a race which guarantees the winner a start in the Melbourne Cup.

“I think that would be a good target for her. If she runs well that’s what I think I’ll do,” Wilde said.

Tralee Rose has had one start over a similar distance for a fourth behind Realm Of Flowers in the South Australian Classic at Morphettville when she ran home strongly.

A daughter of Tavistock, Tralee Rose is unbeaten this campaign, kicking off first-up at Warrnambool and then again scoring second-up at Flemington, both over 1700 metres.

She then went to Sandown Hillside and won narrowly over 1800 metres in a Benchmark 70 race.

Wilde said the margin was not a reflection of the merit of her win.

“It was a day where on-pacers had dominated and she went forward on a strong pace. She showed her ability to hang on and win. It was a great effort,” Wilde said.

Wilde said his main concern was whether that run had taken too much out of her.

“I’ve been happy with her work since and she seems happy in herself so there’s no signs it has,” he said.

Wilde will also consider running Tralee Rose in the Bagot Handicap on New Year’s Day at Flemington, which is also over 2800 metres.

Tralee Rose is a $3.50 favourite with TAB fixed odds to continue her winning sequence.