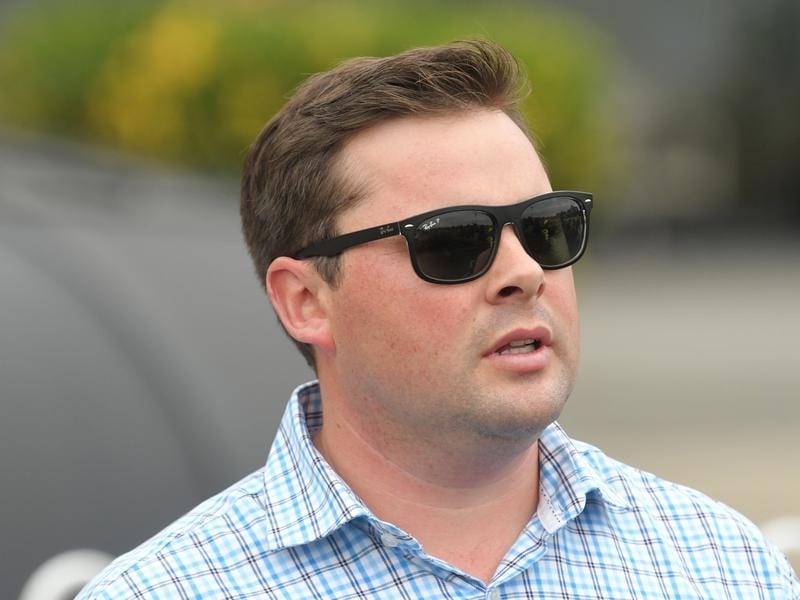 Warwick Farm trainer Richard Litt has had a career-defining year and is looking to build on the momentum.

Castelvecchio gave Litt his first Group One win in the Champagne Stakes and ran a slashing second to Japanese mare Lys Gracieux in the Cox Plate.

The colt’s owner, Ottavio Galetta, has bought Clarry Conners’ Victory Lodge stables at Warwick Farm with Litt to move in next year with room for more than the 22 horses he has in work.

“It’s a few months away yet but I’m very grateful.

“It is a very famous place and while it’s not much bigger than where I am, it is a wonderful place and I’m obviously very excited.

“A lot of good horses have come out of there so hopefully that can continue.”

Multiple Group One-winning trainer Conners has sent out four Golden Slipper winners from Victory Lodge and champion Research among others.

He will also be moving close by, sharing a stable complex with his son Marc.

Arrowfield Stud has bought into Castelvecchio who will eventually stand alongside his sire Dundeel.

But first there is the autumn carnival to think about with Castelvecchio ready to begin his preparation.

“He’s flying. He is in very good order,” Litt said.

“He is a different horse again. He has grown up a lot. He had a few weeks at Arrowfield and I’m very happy with him.

Litt said Castelvecchio would start out against his own age group before stepping up to weight-for-age in races such as the Queen Elizabeth Stakes.

“It’s a long way away but he’ll probably go to the Hobartville into a couple of Guineas races to the Queen Elizabeth and the Derby,” he said.

“He’ll be nominated for all the big races.”

While he did not go through the sales, the ex-Godolphin gelding can earn his way to the rich race on January 11 at the Gold Coast via a wild card.

“There is a race in Brisbane in a couple of weeks that would get him in,” Litt said.