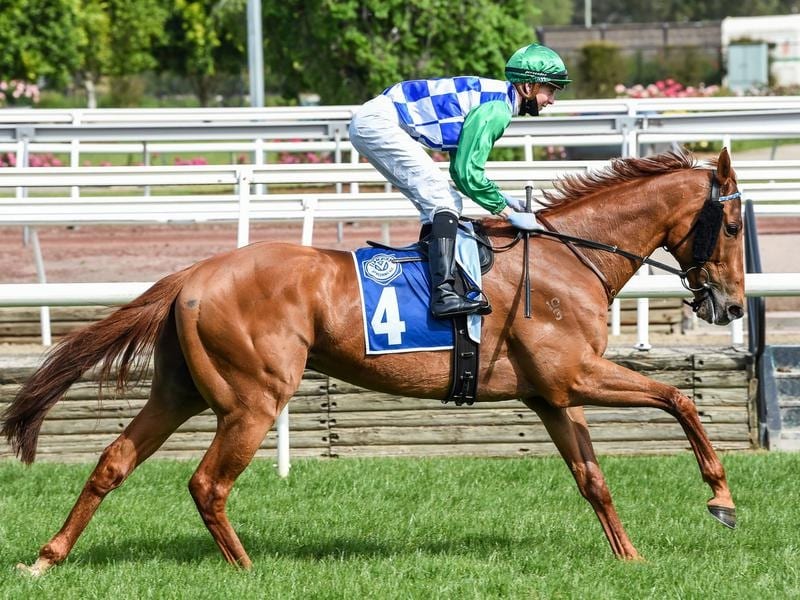 Archie Alexander isn’t concerned that Kiwia is out of form ahead of his attempt to win a third Ballarat Cup as it hasn’t stopped him for the past two years.

Alexander, who took over the training of Kiwia from Darren Weir in February 2019, has replicated the same race pattern he followed in the lead up to the Listed race 12 months ago and the results are almost a facsimile of last year.

The difference is, Alexander wasn’t confident going into the 2019 Ballarat Cup because of the horse’s form lapse but this time around he is prepared for Kiwia to improve dramatically.

“It’s amazingly similar. He ran third in the Coongy Stakes at Caulfield last year and that’s all he’s done in the lead-up too,” Alexander said.

Alexander was happy with Kiwia’s gallop at Ballarat on Tuesday and said it was all systems go for the seven-year-old.

“He’s in the same form as last year. We’re not panicking,” Alexander said.

“We only have to look at last year and know he comes good in the Ballarat Cup.

“If I didn’t know the horse and know that it had worked it would be different but he fires up in the Ballarat Cup.”

Alexander said while Kiwia’s lead up form hasn’t been ideal, he has been running over unsuitable distances.

He also felt the Flemington track was too firm for the gelding at his last start when he finished tenth in the Cup Day Plate over 1800 metres.

“He’s shown glimpses of form as he did last year with another third in the Coongy. Like a lot of horses he’s been in the wrong races as he’s needed to step up in distance,” Alexander said.

Kiwia will be trying to become the first horse to win three consecutive Ballarat Cups.

He is one of six horses who have won the race two years in a row.

John Allen will again ride Kiwia in Saturday’s 2000m feature, as he has in his two previous wins in the race.