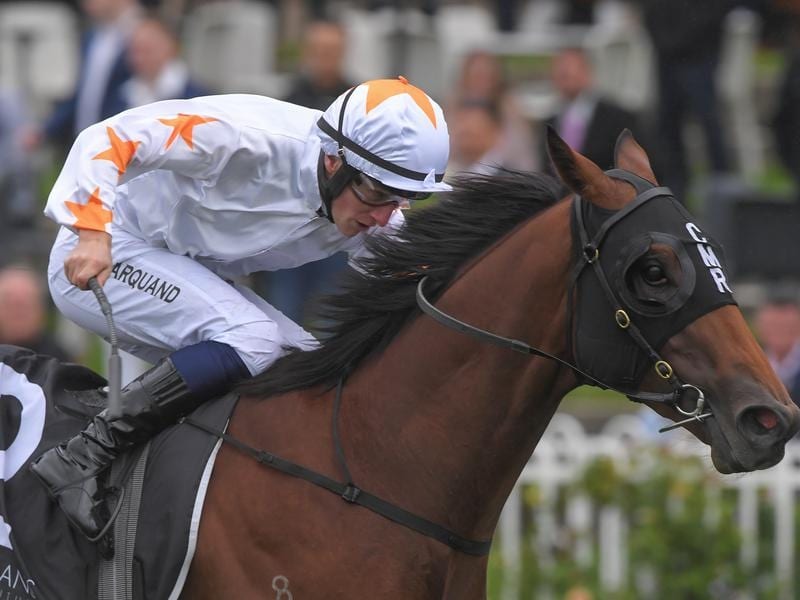 The barrier draw hasn’t been as kind the second time around, but Annabel Neasham is still expecting last-start Newmarket Handicap fourth placegetter Prague to be hard to beat in the opening race on Golden Slipper day.

The colt was to have jumped from barrier seven in the Darby Munro Stakes (1200m) when the program was washed out last weekend and he will have to deal with gate 12 for Saturday’s rejigged renewal.

Stablemate Holyfield, who originally had barrier four, was to have kicked off his campaign in the same race but he is an early scratching after coming up with the outside draw in 14.

“I would have preferred to run them from the barriers they got last week,” Neasham said.

“But Prague is a classy colt. His run in the Newmarket was unbelievable and he’s heading towards an All Aged Stakes.

“The barrier is a concern but he probably needs a run, so I’ll chat with the owners and see what they want to do.”

While the Listed sprint will be overshadowed by the five Group One races on Saturday’s bumper Rosehill program, it boasts an array of up-and-coming talents.

Untapped filly Marboosha will also contest the race and co-trainer Peter Snowden regards her as a genuine threat.

“She won with authority in Melbourne down the straight and she doesn’t mind wet tracks either.”