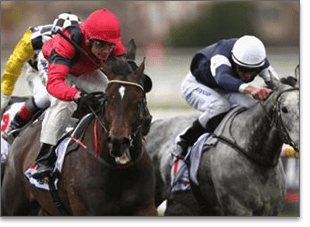 THE WINTER Stakes is the feature race this Saturday and our bookmakers have all given their best tip for the $100,000 contest at Rosehill.

They have also been kind enough to us their best bet, value runner and their lay of the day so there is plenty of information for punters to use when doing their research.

Get $501 in free bets at Sportsbet.com.au to use on Saturday’s feature racing.

“Won its first two runs this prep before placing at its next two starts. Meets Haussmann, who since accounted for most of these, 4kg better for beating it two starts ago. Drawn to get the perfect run.”

“In a rich vein of form recently the latest being a narrow defeat in the Listed Civic Stakes. Gets a weight turnaround off her conqueror from that day and expected to take plenty of running down here.”

“Going for Kristen Buchanan’s mudlark in an open race. Meets Haussmann better at the weights and could get an uncontested lead. Hard fit and will be tough to get past. The one to beat.”

“Peter Moody has set his mare a task here, but based on the way she treated the mares’ last start, this looks an achievable target considering the opposition lacks a stand out performer.”

“Led throughout at Caulfield last start against similar company. Meets quite a few runners who are out of form or resuming so look for him to again go forward and prove hard to run down.”

“Peter Moody-trained mare stepping up in grade off a sound Bendigo win. Will definitely appreciate the extra distance and with the claim for Regan Bayliss look for her to be hitting the line late.”

“Been taken by her first two runs when she has hit the line strongly on each occasion. Beaten by a smart one latest but should have finished a lot closer. Think her racing pattern will suit the straight course.”

“Been racing in great heart all preparation and never raced better. Looks set to get control again here and despite the sharp rise in weight should take plenty of running down once again.”

“Looks ready to rock and roll third-up from a spell. Drops 5kg, maps well and looks suited stepping up in trip on a quick back-up with a positive jockey change. Wet track should pose no problem.”

“From the astute Tony Gollan barn, Tornado Miss looms as a cracking each-way play. Looks set to get an uncontested lead and its form around the handy Frespanol suggests it’s good enough to win here.”

“Returned in impressive fashion and with wins on all types of going, there’s no reason he doesn’t make it eight wins from 13 starts. Goes well second up and the engagement of Bowman further enthuses.”

“Pulled up sore when bombing the start at Sandown in December and was immediately spelled. Returns here with a caution being a very wet track, but has run well first up in the past and a winner over 1200m.”

Lay of the day

“Again ran on late last start and the market has reacted by sending her out favourite here. Is becoming one of those ‘back me next start’ types but I’m prepared to take her on again.”

“Happy to take him on in this for a few reasons. Unplaced in all three soft track runs and also three at this track. Up in weight and getting to a trip which is foreign to him. Worth risking at his current quote.”

“Had a dream run on the speed to win here last start, however, he goes up in grade and weight for his first try over 2400m, at his 11th run this preparation.”

“Was impressive on debut and then had a look at the Slipper lead ups before being spelled due to his failure in the Todman Stakes. Hasn’t trialled so would prefer to see the run given his 59.5kg impost.”