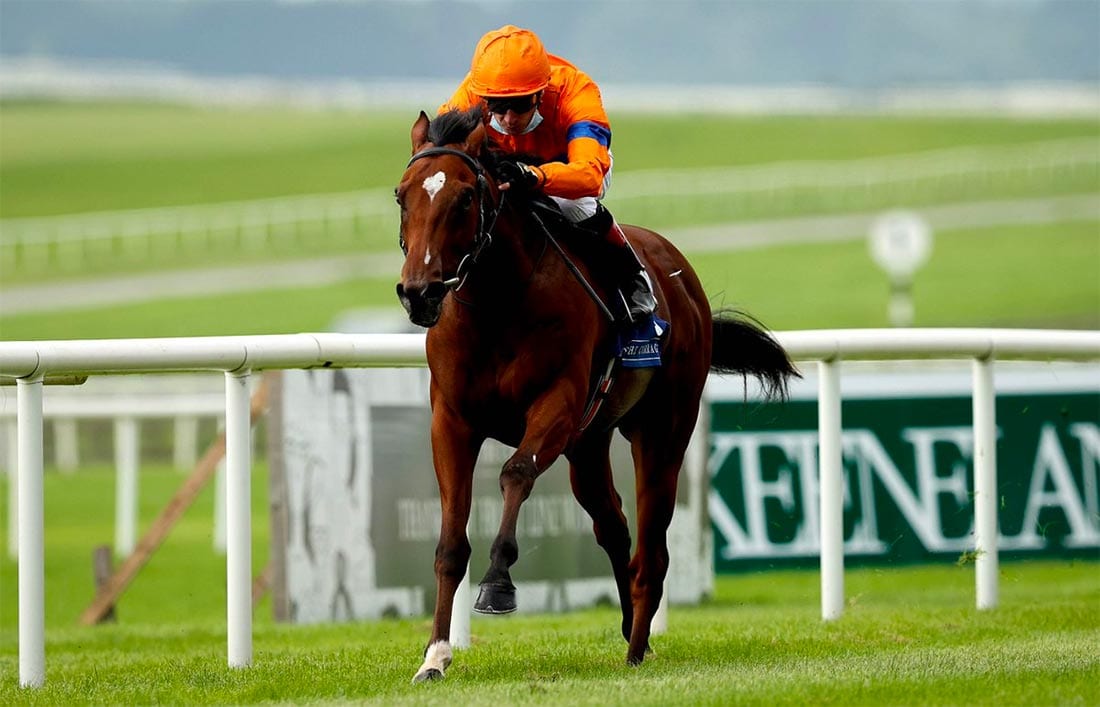 Pinatubo won the Dewhurst Stakes last season, was classed the best two-year-old and became the winter favourite for the 2,000 Guineas. Thunder Moon can emulate Pinatubo, and the first stage is winning the 2020 Dewhurst at 14.55 GMT at Newmarket on Saturday.

It is the most prestigious race for juvenile colts and a major trial for the first Classic of the season back at Newmarket next May. Fillies are eligible and receive an allowance of 3lbs; however, as is typical, none have been entered this time. Geldings do not qualify for this race.

The race distance is seven furlongs over the Rowley Mile, while the Guineas is a furlong longer over the same course. There is always a debate about if the winner will stay the additional furlong. It is one of just five Group 1 races just for horses aged two during the Flat season.

At the time of writing, Thunder Moon is vying for favouritism with Chindit. The best price is +300 with online bookmakers, but that might not last long for the highest-rated runner in the 14-strong field. Thunder Moon should be in the top two in the betting, which have produced eight winners – including seven outright favourites – since 2010.

Thunder Moon has achieved an Official Rating of 116, while Chindit runs off a mark of 115. The two market leaders also have the highest ratings and are closely matched on form. Pintaubo earned a rating of 128 last season, while Frankel ran to 123 in 2010.

The other three winners with an official mark ran to 107, 116 and 117, so Thunder Moon and Chindit are well up to the standard. Five other runners have already earned a mark of 110 or higher.

Thunder Moon and Chindit have not met previously, mainly because the former is trained in the UK and the latter is based at an Irish stable. There is no collateral form as no other horse has run in a common race. In effect, the Dewhurst is a championship race that brings together the best two-year-olds from the UK and Ireland. Thunder Moon is marginally preferred.

The third favourite in the early betting is Alkumait, who is fourth in the ratings. Two wins in three starts – including one at Group 2 level last time out – earns Alkumait a place in the race, but he has something to find to win. Cadillac is the third in the ratings and one of the best juveniles in Ireland, but he sits a little behind Thunder Moon on all known form.

The second favourite will be a tough nut to crack in a truly run race. The track is fair, as the dip and subsequent rise two furlongs from home is the same for each horse and there is rarely a lucky winner. The outcome will find the best horse and probably the favourite for the 2,000 Guineas.

Chindit has done nothing wrong in winning three juvenile races from three starts this season. There has been a progression from Maiden to Listed and then to Group class, and no opponent has got within one length of Chindit.

In other years, we could have the clear favourite, but Thunder Moon has matched and produced marginally better form. Neither horse has won on soft ground, so the going does not provide any clues to solving the puzzle of which is the better horse.

However, Thunder Moon has won his two races by five-and-a-quarter lengths in total. The last win was at Group 1 level, and Chindit does not have comparable form. The National Stakes is the leading juvenile race for colts in Ireland, and Thunder Moon was impressive at the Curragh in September.

Thunder Moon and Chindit are prominent in the betting for the 2,000 Guineas. In the absence of the second favourite, Battleground, the winner of the Dewhurst is a potential market topper for the next six months. Thunder Moon is that horse.