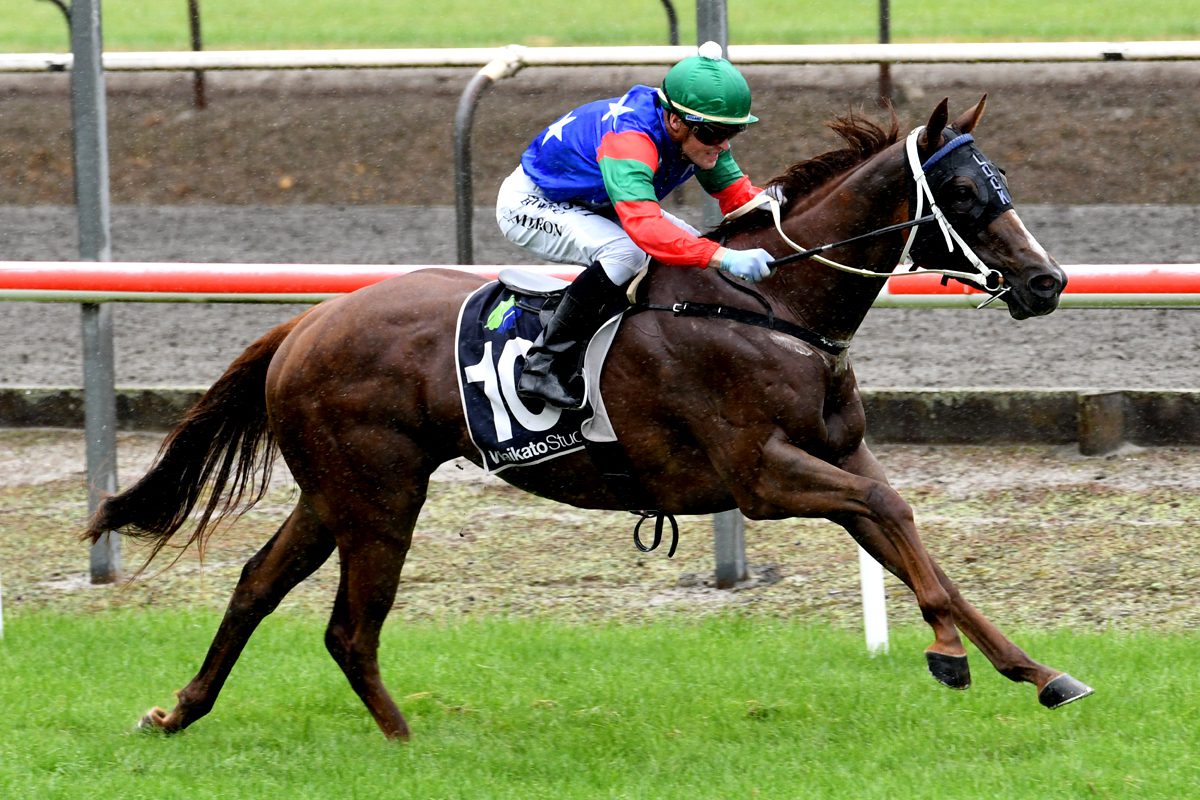 Peter Lock went close to winning the Group 1 Thorndon Mile (1600m) with a former stable star and has his sights set on next month’s Trentham prize with a current member of his team.

The Te Aroha trainer has the freegoing Faithful Feat set for the January 28 feature having produced multiple stakes winner Hiflyer to finish third in the 2018 edition of the Harcourts-sponsored feature.

“I really want to win the Thorndon Mile with her. I think this mare has a touch more class than Hiflyer and a touch more speed than he had,” Lock said.

“The query is that I’m just not sure she will get a mile, but we’re going to see. She doesn’t have to lead and she’s come from off them two or three times.”

There is also a family connection between the pair as Faithful Feat’s dam On Yer Feet is a half-sister by Snitzel to Hiflyer, who won on nine occasions and was twice successful at Group Three level.

Faithful Feat was an impressive last-start winner and will further her Thorndon preparation in the Group 3 J Swap Sprint (1400m) at Te Rapa on Saturday while stablemate Dawn Jessie runs in the Manawatu ITM (2200m) at Awapuni.

With six wins from 14 appearances, Faithful Feat has fashioned a tidy record and will have to overcome the outside barrier to add to her CV.

“She’s got a terrible gate and when 19 came out I couldn’t believe it,” Lock said.

“She has got enough gate speed and showed that over 1300m last time. She loves to jump out and be competitive and loves a dogfight.”

Faithful Feat was quickly into stride from the second to outside stall last time out to lead and romped home by 3.5l in the hands of Sam Spratt, who rides the mare again.

“We deserve the weight (58.5kg) as the equal highest-rated horse in the race and that’s a big disadvantage from the barrier she’s got,” Lock said.

“We’ll have to jump and go across and use up some gas, but I am 100 percent happy with her and she came through her last run well.

“She looks nice and bright and hasn’t left an oat and I think she will run a very, very good race again.”

Stablemate Dawn Jessie has been another loyal servant of the stable with eight career wins and put together a hat-trick of victories before she was unplaced in the Group 2 Eagle Technology Stakes (1600m), but an effort that delighted Lock.

“She’s an old warhorse and doesn’t mind a bit of cut in the ground. She’s coming off a very, very good run,” he said.

“She was up against some smart horses over a mile, which didn’t suit her. I honestly thought it was a great run from a horse that wanted further.”

Dawn Jessie is a past middle-distance winner and will be ridden by 4kg claiming apprentice Ciel Butler.

“She will get her chance, but win, lose or draw she will come home and have a couple of weeks off,” Lock said.

“We will have a look at some nice races after Christmas for her and never, ever does she not try. We’ll look after her and maybe target a couple of country cups.”