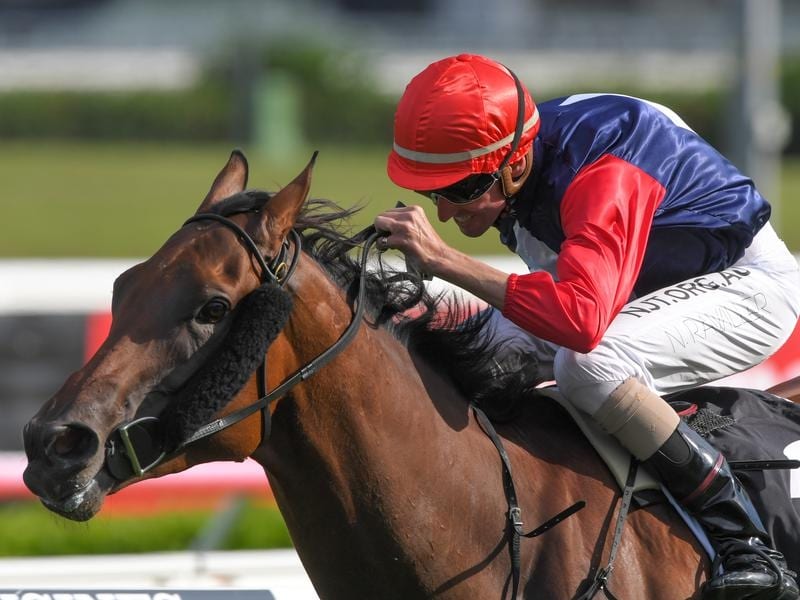 A testing first-up effort has laid the groundwork for on-pace mare Sweet Deal to put her best foot forward in the Coolmore Classic.

Jockeys don’t always make the right choice when it comes to big race rides and trainer John Thompson is hoping Nash Rawiller has made the wrong call in the Group One Coolmore Classic.

The regular rider of the Thompson-trained Sweet Deal, Rawiller has opted to waste to 54.5kg to stick with last-start Surround Stakes winner Forbidden Love in Saturday’s feature.

In Rawiller’s absence, Thompson has turned to Englishman Tom Marquand to partner Sweet Deal, who has equal top weight of 58kg.

Sweet Deal will tackle the 1500 metre Rosehill showpiece second up after resuming with a fifth to Coolmore rival Krone in the Guy Walter Stakes (1400m) when she led and tired over the final stages.

Thompson admitted he would have preferred the mare had gone into that assignment with a 1200 metre run under her belt but a late finish to her spring, which she rounded out with a win in The Hunter in mid-November, meant that wasn’t possible.

“We were a victim of wet tracks last time in and she missed a couple of runs and then we had to wait and run in the Hunter,” Thompson said.

“It was obviously a good result but it just put us back for this prep and we’ve been a bit behind.

“She would have run in the Triscay leading into the Guy Walter, which would have been perfect, but she missed that 1200 metre run and the way she races, 1400 first up was just a little bit too much.”

Thompson says Sweet Deal will strip much fitter for that effort and she has drawn ideally in barrier two.

There were 18 acceptors for the Coolmore Classic on Wednesday with Forbidden Love the +500 favourite after drawing well in gate three.

Sweet Deal also drew ideally in barrier two and is a +1100 chance.

The race has not been a happy hunting ground for favourites in recent years and none has been successful since Aloha, who was a +500 equal top pick when she won 10 years ago.