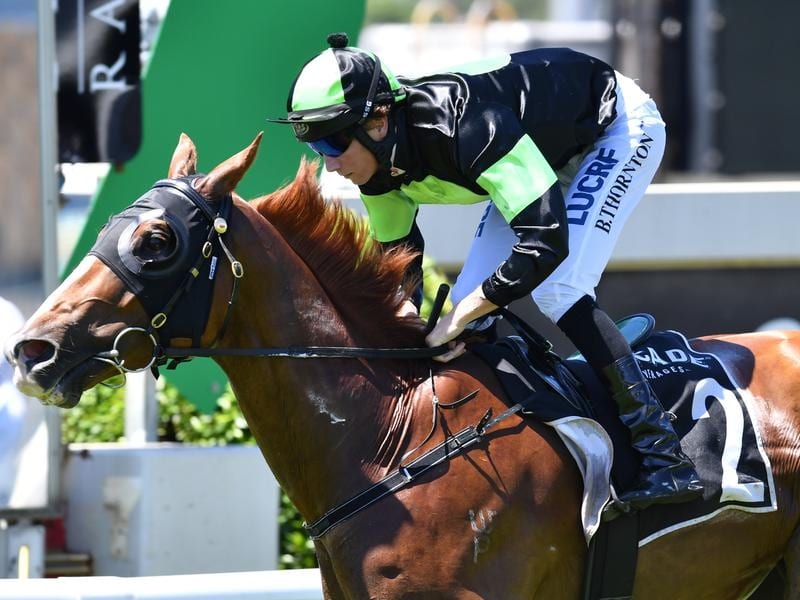 Ben Thompson’s flourishing combination with the O’Dea-Hoysted stable has resulted in him being booked to ride talented miler Reckless Choice in the Mooloolaba Cup at the Sunshine Coast.

Thompson has cracked the top 10 on the Brisbane jockeys’ premiership riding 12 winners since leaving Melbourne to join his partner, fellow jockey Steph Thornton, in Queensland at the start of the racing season.

His impressive work ethic has impressed trainers to such an extent he has been rewarded with a full book of rides for the nine-event card at the Sunshine Coast.

From eight rides for the O’Dea-Hoysted training partnership this season, Thompson has ridden three winners including Dominant King, a runaway victor at Doomben last Saturday.

Thompson will be aboard Reckless Choice for O’Dea and Hoysted in the Mooloolaba Cup (1600m).

The gelding is aiming to go one better on his performance in last year’s renewal when he finished second to The Candy Man.

“He’s going every bit as good as he was last year and it was encouraging to see him attack the line as strongly as he did last start,” co-trainer Matt Hoysted said.

“The step up from 1350 metres to the mile is only going to suit him better.”

Reckless Choice has drawn barrier 12 on Saturday, the same gate he jumped from in last year’s race.

“It’s a bit of a shame about the barrier but the horse is going super and hopefully we can get a bit of luck and get in somewhere,” Hoysted said.

“He’ll probably be back in the second half of the field from that gate but there should be a nice, genuine tempo.”

Reckless Choice is quoted at $10 with TAB fixed odds with the Chris Anderson-trained Ballistic Boy a $2.50 favourite.

O’Dea and Hoysted will also saddle up classy filly Gotta Kiss who resumes with top weight of 60kg in the Travis Schultz & Partners Handicap (1000m).

“They might be a little bit sharp for her over the 1000 metres but she should be finishing strongly,” Hoysted said.

Gotta Kiss ended her last campaign by finishing runner-up to boom sprinter Rothfire in the Group One J J Atkins (1400m) at Eagle Farm in June.