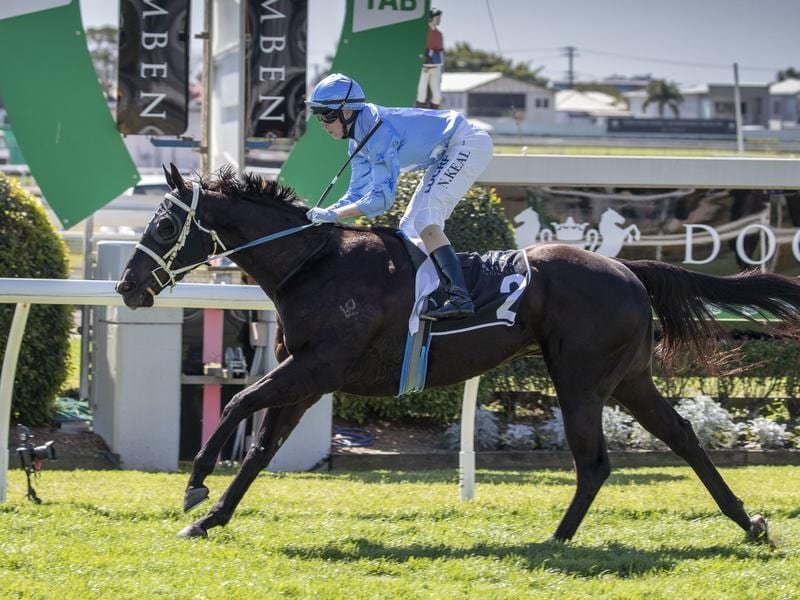 Just three weeks after having his first Group 1 runner as a trainer, Tom Button will return to his roots this weekend as he looks to go back-to-back in the Tattersall’s Gold Cup at Rockhampton on Sunday.

Now based on the Gold Coast, Button has enjoyed a successful few months, with his runners performing well right across Queensland thanks to having stables at both Canungra (Gold Coast) and Townsville.

This weekend, Button will saddle up three runners at Gatton on Saturday, before he starts four horses at Rockhampton – his former hometown – on Sunday afternoon.

In the feature race on Sunday, The Tax Accountant will line up under Brad Pengelly, in his quest to win a second-straight Tattersall’s Gold Cup.

The six-year-old found some of his form of old in the summer months, winning back-to-back races at Townsville in January, so Button his hopeful that he can find his best again in the 1600m feature on Sunday.

“This is the race he won last year, so heading back there to try and go back-to-back,” Button told HorseBetting.

“He’s a horse that I don’t think carries weight really well. He’s a much better horse when he can get down on the minimum, so 58.5kg isn’t too bad.

“If he’s on his best day, he’s definitely one of the ones to beat in the race.”

The Tax Accountant was first-up in The Fitzroy – the consolation race for The Archer – and ran a credible eighth, beaten just two lengths by city performer Sir Warwick.

The six-year-old gelding hit the line strongly second-up at Townsville on May 31 with 61kg on his back, before he failed at Mackay last time out, but his trainer has put that down to the horse not appreciating the tighter track.

Now back to Rockhampton, where The Tax Accountant has won four races, Button is confident that his son of Love Conquers All can return to his best form.

“That run in The Fitzroy was a terrific run first-up,” the trainer said.

“He got beat two lengths and it was virtually a city-class race and I thought he raced good. Last start he was probably a little bit so-so.

“I don’t think he loved the Mackay track. He got pushed a bit wide on the turn, so stepping up to the 1600m should suit. I think that’s his go these days and I’m hopeful that he can go back-to-back.”

While the Rockhampton Cup (July 9) is a possibility for The Tax Accountant, Button is more than likely going to hold him back and wait for the Mackay Cup (July 23) over 2000m.