The Cleaner steps up with classy win at Cranbourne trials 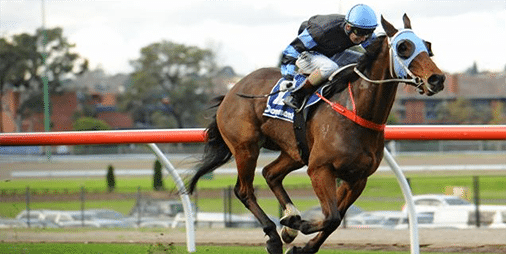 THE Cleaner hasn’t been the easiest horse for punters to follow over the last year, but it put the writing on the wall with a six-length trial win at Cranbourne over the weekend.

With Steven Arnold in the saddle, the cult hero dominated the trial in its second hit-out since suffering a tendon injury for new trainer Peter Gelagotis.

The eight-year-old front runner is on track to start in the Peter Lawrence Stakes next month and Arnold is impressed with its progress.

“I had a sit on him the other day in a jump out and he was nice, but today he has taken another step,” Arnold said.

“Hit fitness has improved. His action is really good. He is really sound in his action.

“He can get out a little bit, but he cornered really well and for the state he is at, I’m really happy.”

Arnold made comment about The Cleaner’s positive attitude and its want to hit the line strong.

“I suppose those two things – he is sound and his enthusiasm, they are sort of the two main things you worry about when a horse is getting older and he seems to have those taken care of,” Arnold said.

“I couldn’t see why he wouldn’t race well.”

The Cleaner will likely have another trial before running on August 13 at Caulfield.

It is currently an outside chance at $81 with Crownbet.com.au for the Cox Plate at Moonee Valley later this year.

Biosecurity measures have been placed on the Anthony Cummings stable after a horse died on Monday morning.

Cummings has yet to release the name of the horse, but the cause of the death is unclear and, with investigations currently taking place, biosecurity is at the forefront of concerns.

“The horse had been unwell and running a fever so we were monitoring him closely but it was a shock to see him deteriorate so quickly,” Cummings said.

“In the need to comply with DPI guidelines, we’ve taken blood samples which have been sent for testing.

“The rest of my stable is still operating as normal. We’ve isolated that one box until we know more.

“The blood tests will hopefully come back this afternoon and we are expecting the autopsy to reveal more in the next couple of days.”

The Aidan O’Brien-trained Highland Reel will head to the Group 1 King George VI at Royal Ascot this Sunday.

The 2015 Cox Plate second-place finisher is a five-time winner whose conquests include the Group 1 Hong Kong Vase and the Secretariat Stakes at Arlington.

It finished third behind Winx and Criterion at Moonee Valley last October and O’Brien confirmed it would take its place in the King George field this Sunday.

“Highland Reel looks like our runner in the King George. Sir Isaac Newton is also in there, but Highland Reel may be our only runner,” O’Brien said.

Highland Reel is currently a $7 chance at Sportsbet with the classy Postponed heading the market at $1.57.