The Candy Man Set For Millions Shoot Out 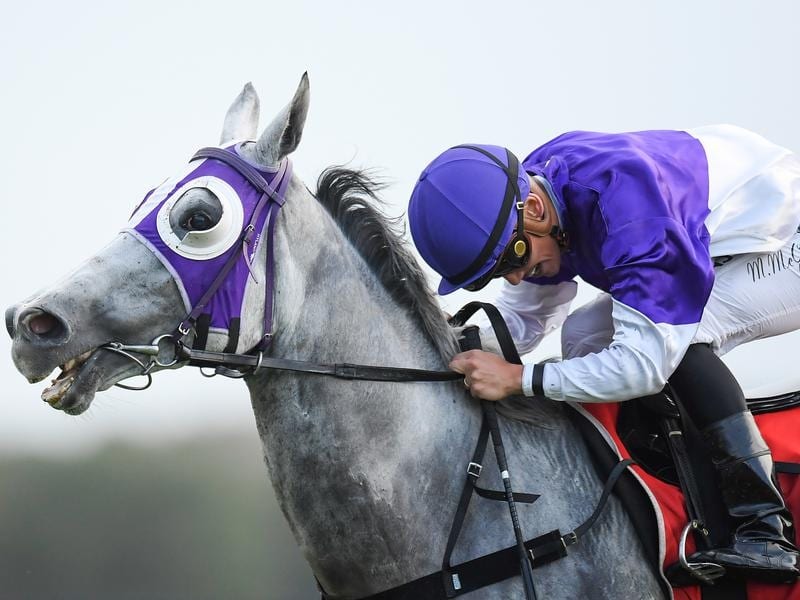 Usually trainer Barry Baldwin would be grinning from ear to ear after heavy rain a few days out from a major race meeting.

Baldwin is a noted conditioner of wet-track performers including his current stable star, The Candy Man, who is trying to get a wildcard to Magic Millions day via Eagle Farm on Saturday.

He needs to win the Shoot Out Quality (2200m) to gain a place in the $1 million Magic Millions Trophy on January 11 at the Gold Coast.

The gelding is so good on rain-affected going that multiple Group One winning jockey Michael Cahill rates The Candy Man the best mudlark he has ridden.

The Candy Man has won all four of his heavy track starts and after good rain in Brisbane this week he would usually be looking at another wet track.

But Eagle Farm has shown a remarkable ability to handle heavy rain in recent months and is likely to race as good on Saturday.

Two weeks ago a Doomben meeting on a Friday lost its last four races when a freak storm dumped 104mm on the track.

Eagle Farm, which is across a road, hosted a meeting the next day when two course records were run.

Baldwin believes The Candy Man, a last-start Eagle Farm winner, will be hard to beat on any surface.

“Of course the advantage is that many horses don’t handle the wet. The Candy Man loves Eagle Farm and all big tracks so that is a plus,” Baldwin said.

“I think he will be hard to beat in the Millions if he gets there. But if not we can start thinking about getting him ready for the (Group One) Doncaster in the Sydney autumn.

“I know a few in the south don’t agree but I still say his run in the (Group One) Epsom was very good, so that gives us confidence for the Doncaster at the same track and distance.