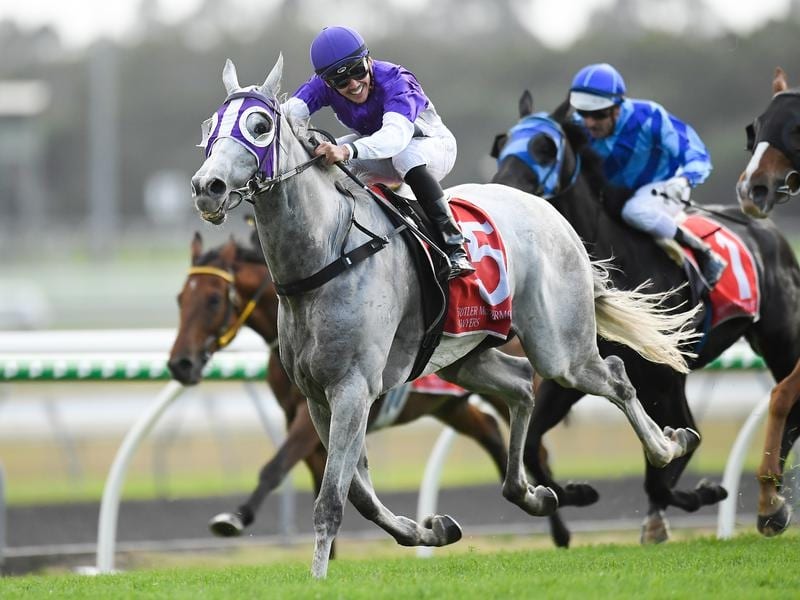 Trainer Barry Baldwin admitted he made a few mistakes in The Candy Man’s Sydney campaign after the gelding returned to form with a barnstorming win in the $105,000 Mooloolaba Cup at the Sunshine Coast.

Baldwin and owner Lucky Pippos took The Candy Man to Sydney where he had four starts without running a place.

However, Baldwin said he probably got it wrong with The Candy Man’s campaign.

“Without going into specifics, I am 76 years old and still learning,” Baldwin said.

“But The Candy Man was never really happy away, maybe it was because he was stabled in Sydney Roosters (rugby league) territory,” Baldwin said.

“But all jokes aside, the horse’s form in Sydney was much better than it looked on paper. I still say his run in the the Epsom (Handicap) was among the three best efforts in the race.

“Things just didn’t go right for him in Sydney and in hindsight we might have done some things differently.

“But we brought him back here and freshened him up and he showed what he can do today.”

The Candy Man has a huge following among rank-and-file punters because he has fought back from a life threatening injury to win eight races.

“It was obviously a thrill for us but you only had to listen to the crowd roar to realise it meant a lot to a lot of people,” Baldwin said.

A big storm halfway through the afternoon took the sting out of the track which suited The Candy Man.

“But I think he would have been hard to beat on any surface,” Baldwin said.

The Candy Man will remain in work for some of the feature races later in the summer.

Boris Thornton, who rode Reckless Choice, said the horse had raced well but met one better on the day.

Trainer Natalie McCall is still debating whether to take Spectroscope to Sydney for the Villiers Stakes next month after his solid third.