The Bostonian aiming at slice of history 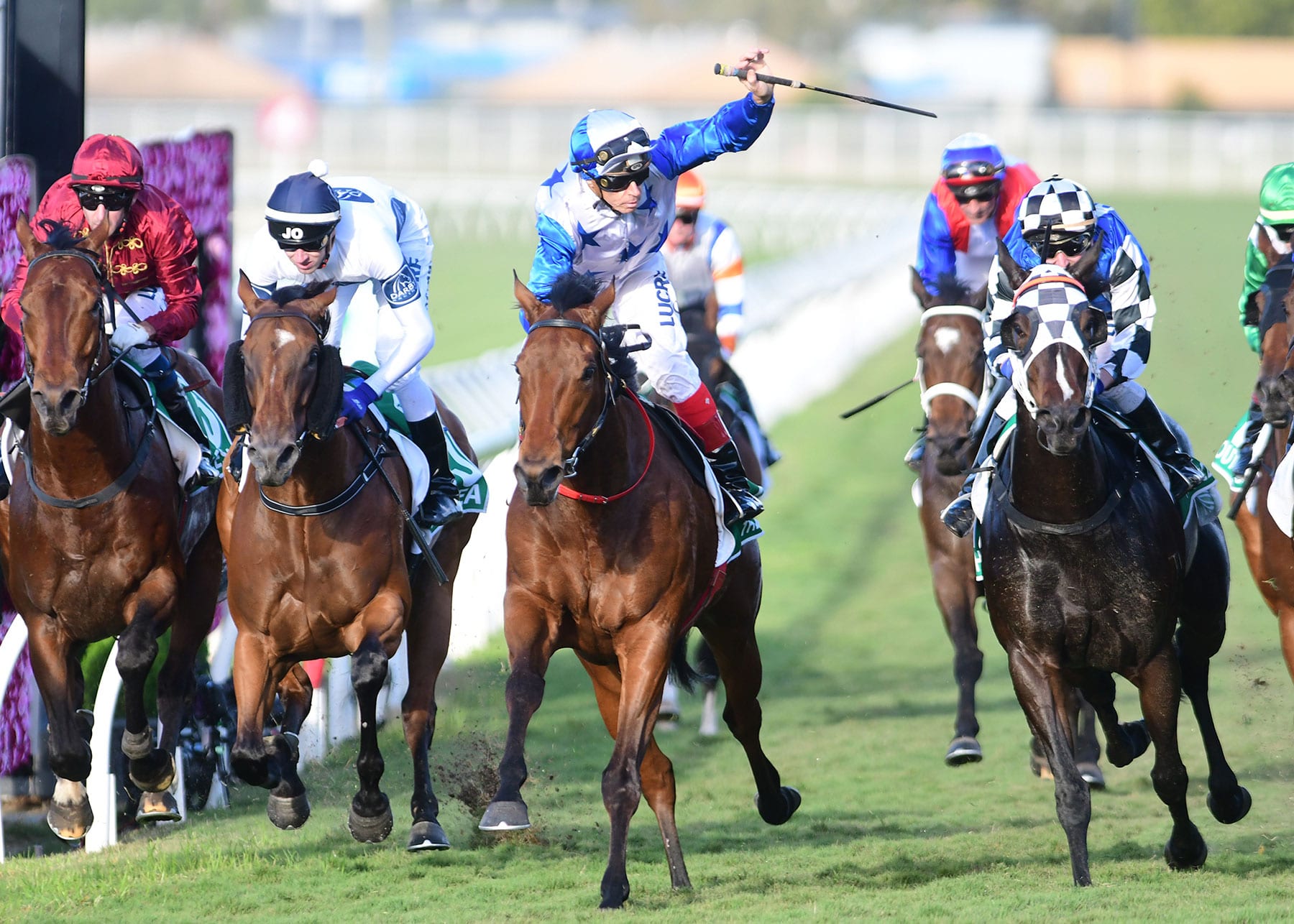 Kiwi sprinter The Bostonian made it back-to-back Group 1 wins in clinical fashion when winning Saturday’s Group 1 Kingsford-Smith Cup (1300m) at Eagle Farm and has duly been installed the $5 favourite for the Group 1 Stradbroke Handicap (1400m) as he looks to create history.

No horse has ever won the Doomben 10,000-Kingsford Smith Cup (formerly BTC Cup) – Stradbroke Group 1 treble, but the Tony Pike-trained four-year-old is in peak condition and, like many New Zealanders, thriving in the Queensland sun.

The David Archer-owned gelding has been set a task by the handicapper and will carry the top-weight of 57kgs in the A$1.5million feature, which would be the biggest winning weight in 27 years if he is to complete the first treble of Brisbane’s Group 1 sprints.

The Kingsford-Smith Cup was not in the initial plans for The Bostonian but that all changed following a sparkling track gallop last week.“With the weights for Stradbroke not being declared until today (Monday) we were a little bit cautious of running again, and with his good fresh record, but it was a $700,000 Group One race and his work last Tuesday was outstanding and made the decision a bit easier,” Pike said. “I thought that if he held his form from the Doomben 10,000 (Group 1, 1200m) he had to be a big chance.

“No disrespect to the field, it was a good deep race, but there was no Nature Strip or Osborne Bulls in it, so it probably lacked a couple of stars and looked a very winnable race on paper. “He is the ultimate professional. He flys the barriers, puts himself into the race and as soon as you grab a hold of him he just drops the bridle as well. Michael (Cahill, jockey) just said it makes his job so much easier. He is a pretty push-button horse to ride.”

With two runs under his belt, it is now just a case of keeping The Bostonian sound and happy ahead of his historic tilt. “He doesn’t need to do a lot,” Pike said. “He will have a quiet week this week and have a gallop at Eagle Farm next Tuesday and then into the Stradbroke. He is a pretty fit racehorse now and he has been in great form, so it is just a matter of trying to hold it.”

Meanwhile, Pike was delighted with the run of seven-year-old entire Endless Drama who closed from last to finish sixth in the Kingsford-Smith Cup. “I thought the old horse went absolutely super. We didn’t have many options from gate 18, so I told Leith (Innes, jockey) to go right back and ride him for luck. “He just got held up a touch turning in, but he finished the race off really strongly and he was great after the post. That is going to set him up nicely for the Stradbroke and the horse is as well as we can get him.” Endless Drama is 27th in ballot order for the Stradbroke and will carry 54kgs.